The Gateway Science Workshop (GSW) is a peer-led program designed to improve performance and retention of students in introductory STEM gateway courses. At its inception in 1997, GSW had 30 undergraduate participants and five student mentors. By 2013-2014, GSW had grown to 939 registrations and served 117 individual class sections within the Chemistry, Biology, Physics, and Mathematics Departments, as well as the McCormick School of Engineering. Initially funded through grants from the Mellon Foundation and the National Science Foundation, GSW is now funded through the Office of Provost. 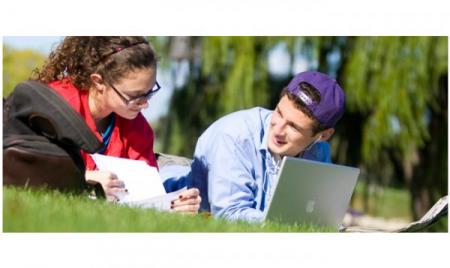 Students taking courses linked to the GSW program sign up voluntarily for GSW. Participants meet weekly in small groups, led by a peer mentor who previously excelled in the course. In these sessions, students work together on tackling challenging, conceptual, course-related worksheet problems. Faculty or TAs write the worksheet problems and meet weekly with the peer leaders to ensure that leaders fully grasp the material and feel prepared to guide other students through it.