For decades, researchers have tackled Alzheimer’s by attacking these plaques and tangles; clear them from the brain, they reason, and we can treat this disease.

But so far, it hasn’t worked.

Now, a team of researchers led by Benjamin Wolozin, a professor of pharmacology and experimental therapeutics and neurology at the Boston University School of Medicine (MED), proposes a new way to fight Alzheimer’s—not by attacking plaques and tangles directly, but instead by reducing stress granules, gritty blobs of RNA that form when a cell is stressed by things like heat, viruses, or toxins.

In a paper published November 20, 2017, in Nature Neuroscience, Wolozin and his team report that reducing the level of stress granules in mice changed the type and amount of tau clumping in their brains and produced significant benefits in lifespan and memory. The findings offer a new understanding of the biology of Alzheimer’s disease and may eventually offer new targets for drug treatments.

“This is a pretty big new chapter in the study of Alzheimer’s disease,” says Wolozin, senior author on the paper, whose work is funded by the National Institutes of Health, the Alzheimer’s Association, the Cure Alzheimer’s Fund, and others. “Amyloid is still toxic. Tau is still toxic. Those are still important targets. But there’s this whole other pathway that you can really go in and start drugging.”

When a cell gets stressed out, Wolozin explains, it can act just like a person—hunkering down, stopping all unnecessary activities, and waiting for the storm to pass. “The cell says, ‘uh-oh, I’m not going to worry about being a great person right now,’” he says. “‘I’m just going to deal with this stress.’” For a cell, this means blocking RNA segments that are busily doing the non-essential, daily work of the cell. Molecules called RNA-binding proteins scurry out of the nucleus, round up the RNA into stress granules for safekeeping, and then, when the stress ends, release them to get back to business.

At least, that’s how it’s supposed to work. In neurological diseases like ALS and Alzheimer’s, the stress granules overstay their welcome. “Something that is supposed to be transient ends up being chronic,” says Peter Ash, a postdoctoral fellow in Wolozin’s lab and second author on the paper.

A few years ago, Wolozin’s team discovered these persistent stress granules in the tau tangles of Alzheimer’s patients. Their finding, published in Cell Reports in 2016, zeroed in on a specific RNA-binding protein called TIA1, which is almost always found in stress granules. What would happen, wondered Wolozin, if they could reduce the amount of TIA1 in a mouse? Would it lower the production of stress granules and somehow protect against dementia? They decided to find out.

The team started with mice that were genetically engineered to express a mutation in the tau gene. In humans, this mutation causes toxic tau to build up in the brain, leading to withering of the frontal and temporal lobes, as well as dementia. “The mice start to accumulate tau in their brains after about three months,” says Ash. “After about six months, they start to show severe behavioral problems; and by nine months, they nearly all die.”

The scientists then bred a group of these mice to be born with only one copy of the gene for TIA1, instead of the normal two. They watched all the mice grow, and what happened next was striking. On schedule, the tau mice started to show signs of brain atrophy: limb weakness, hunched posture, and worsening performance on behavior and memory tests.

By contrast, the mice with one copy of the TIA1 gene knocked out showed no signs of mental or physical decline at six months and lived 21.5 percent longer than their counterparts. “These mice still are affected by disease and die prematurely,” says Dan Apicco (MED’17), first author on the Nature Neuroscience paper and now a postdoctoral scientist at Biogen. “The process just happens much less rapidly.”

When the scientists autopsied the mouse brains, they found another surprise. The brains showed protected nerve cells and a healthy cortex, a far cry from the atrophied brains of their counterparts. But weirdly, the healthy brains showed far more tangles of tau.

“This mouse model makes five times as much tau protein; in our experiment, we’re not getting rid of it, and yet we’re still getting protection,” says Wolozin, who is the co-founder and chief scientific officer of Aquinnah Pharmaceuticals, which is currently developing drug therapies that target activity of the TIA1 gene as a way to treat Alzheimer’s. “And we said, ‘that’s weird.’”

“It’s pretty unheard of to create more tangles and show mice getting better,” adds Apicco. “It was so much of a surprise that I initially assumed that I had mixed up my samples.”

He hadn’t. Investigating further, the scientists found that the big tangles of tau were made up of very long strands, or fibrils, of protein, which are thought to be less toxic to the brain than shorter segments. Nobody knows why the long strands seem to be better for your brain; the scientists guess that many little segments of tau have more opportunity to wreak havoc in a cell, rather than longer segments all clumped together.

While the scientists note that mouse models of Alzheimer’s have been historically bad at predicting what’s going to work in the clinic, they remain hopeful that this research offers a new way of attacking the disease.

“What makes me personally excited about this finding is that we’re not just reducing tau in these animals; we’re changing the way that tau aggregates,” says Apicco. “This is adding a completely new target that might be successful in humans. It’s definitely a new approach, which is always exciting.”

Stress Granules and Toxic Tau was originally published on the Boston University website. 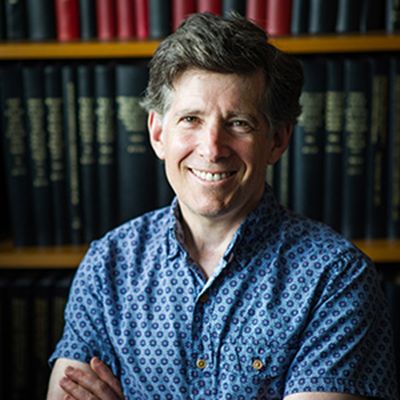 The research team was led by Benjamin Wolozin, a professor of pharmacology and experimental therapeutics and neurology at the Boston University School of Medicine (MED), 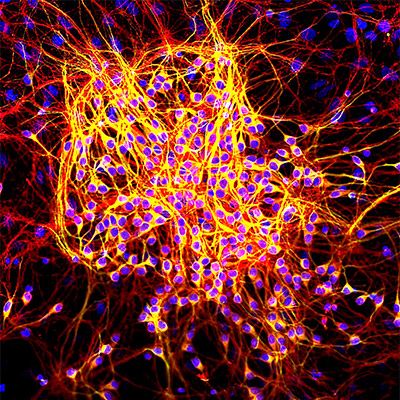 Microscopic view of the hallmark plaques and tangles of Alzheimer’s disease. Courtesy of Gerry Shaw