A curled-up cat, a tail-wagging dog, a chirping parakeet or even a serene goldfish may help older adults cope with mental and physical health issues, according to a new national poll.

While pets come with benefits, they can also bring concerns, and some people may even put their animals’ needs ahead of their own health, the poll finds.

In all, 55 percent of adults ages 50 to 80 have a pet, according to the new findings—and more than half of those have multiple pets. More than three-quarters of pet owners say their animals reduce their stress, and nearly as many say pets give them a sense of purpose. But 18 percent also said having a pet or pets puts a strain on their budget.

Two-thirds of all pet owners, and 78 percent of dog owners, said their pet helps them be physically active, according to the new findings from the National Poll on Healthy Aging. The poll is conducted by the University of Michigan Institute for Healthcare Policy and Innovation, and sponsored by AARP and Michigan Medicine, U-M’s academic medical center.

For those who reported that their health was fair or poor, pet ownership appeared to offer even more benefits. More than 70 percent of these older adults said their pet helps them cope with physical or emotional symptoms, and 46 percent said their pets help take their mind off of pain.

“We have long known that pets are a common and naturally occurring source of support,” said Cathleen Connell, a professor at the U-M School of Public Health who has studied the role of companion animals in older adults’ lives.

“Although the benefits of pets are significant, social connections and activities with friends and family are also key to quality of life across the lifespan. Helping older adults find low-cost ways to support pet ownership while not sacrificing other important relationships and priorities is an investment in overall mental and physical health.”

Poll director Preeti Malani, who has training in caring for older adults, says the poll results indicate a need for physicians and other health care providers to ask older adults about the role of pets in their lives.

“More activity, through dog walking or other aspects of pet care, is almost always a good thing for older adults. But the risk of falls is real for many, and 6 percent of those in our poll said they had fallen or injured themselves due to a pet,” she said. “At the same time, given the importance of pets to many people, the loss of a pet can deal a very real psychological blow that providers, family and friends should be attuned to.”

“This study highlights the many physical, psychological and social benefits that pets can have for older adults,” said Alison Bryant, senior vice president of research for AARP. “In recognition of these health benefits, more assisted living facilities today are allowing residents to have pets.” 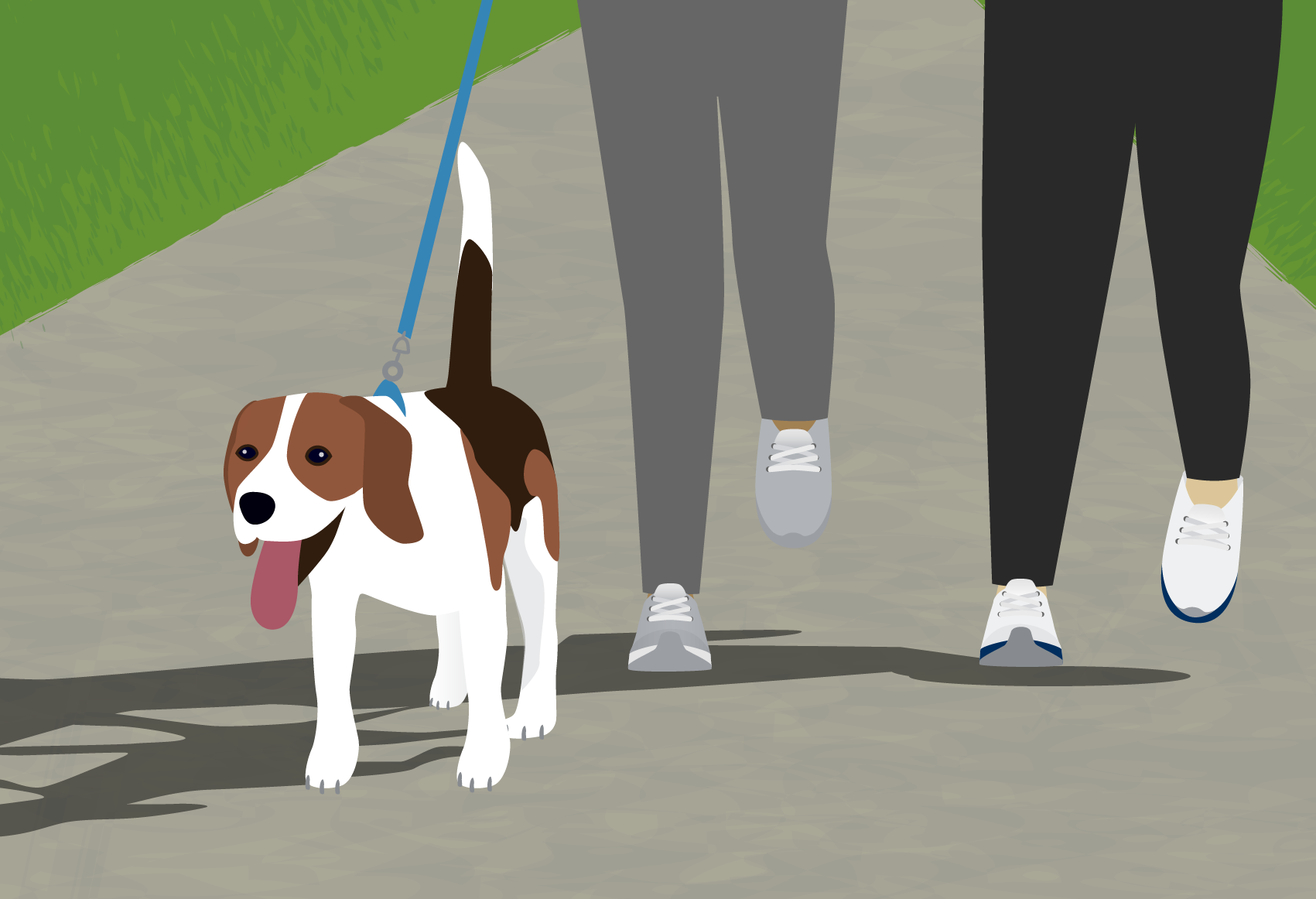 Companionship and social connection were positive side effects of pet ownership for many poll respondents. In fact, more than half of those who owned pets said they did so specifically to have a companion—and a slightly higher percentage said their pets sleep in bed with them. Sixty-five percent of pet owners said having a pet helps connect them to other people, too.

“Relationships with pets tend to be less complicated than those with humans, and pets are often a source of great enjoyment,” said Mary Janevic, an assistant research scientist at the U-M School of Public Health who helped design the poll. “They also provide older adults with a sense of being needed and loved.”

Other concerns about pet ownership emerged in the poll results. More than half of pet owners said that having a pet also made it difficult to travel or enjoy activities outside the home. And one in six said that they put their pet’s needs ahead of their own health needs—a figure that was closer to one in four among those with health issues.

“Later life is often a time when people have more freedom to travel, and a long list of things they want to do with their free time, and sometimes having a pet can get in the way,” Janevic said. “For people living on a fixed income, expenses related to health care for pets, and especially pets that have chronic health issues, can be a struggle. Older adults can also develop health problems or disabilities that make pet care difficult.”

For those who can’t own pets due to allergies, budget constraints, housing circumstances or schedules, there’s often a need for volunteers at local animal shelters or pet-sitting for friends and family, the researchers say. They note that health care providers and family may even want to recommend these options to older adults who have no pets and wish to have one.

The National Poll on Healthy Aging results are based on responses from a nationally representative sample of 2,051 adults aged 50 to 80 who answered a wide range of questions online. Questions were written, and data interpreted and compiled, by the IHPI team. Laptops and internet access were provided to poll respondents who did not already have them.

This content was originally posted by the University of Michigan.