When the sea ice shifted beneath him, sending a crack straight between his two feet, Matthew Shupe didn’t panic.

He calmly looked at his precious scientific equipment — installed only four feet away — and debated the merits of moving or leaving it. This was just one of the daily dilemmas he and his team faced atop the Arctic Ocean.

Tomorrow, they would head out onto the ice and do it all again. 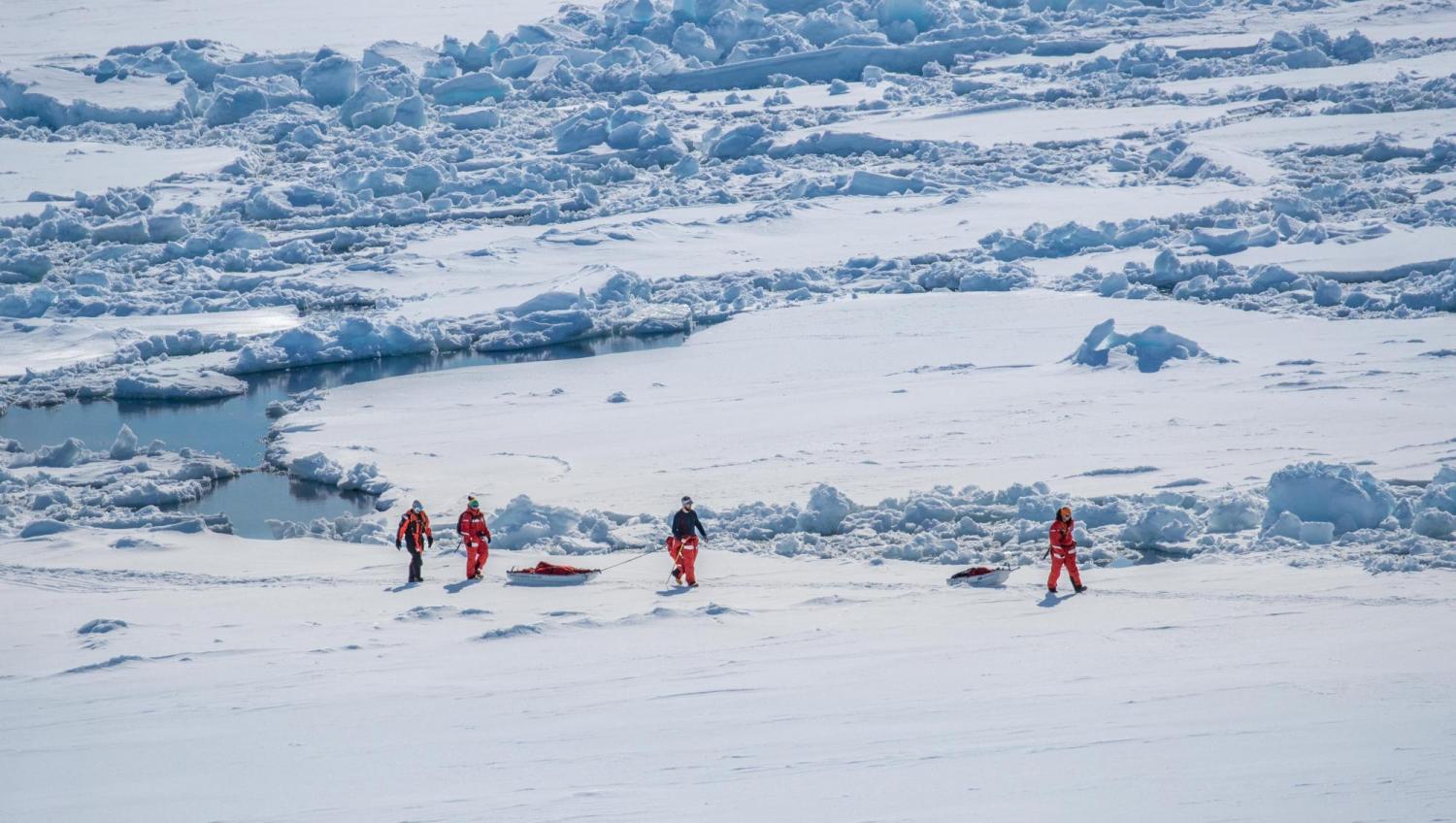 In fact, Shupe (MAtmos’06; PhD’07) was in one of the safest places in the world at the time. As the COVID-19 pandemic developed and spread across the world in late 2019 into 2020, he and hundreds of others purposely froze themselves into the Arctic Ocean sea ice on the RV Polarstern, thousands of miles from land. Their only unplanned visitors were the occasional wandering polar bear or fox.

The crew conducted groundbreaking scientific research, studying everything from the atmosphere above their heads to the sea ice beneath their feet during the largest expedition of its kind in history. MOSAiC, the Multidisciplinary drifting Observatory for the Study of Arctic Climate, was an international effort led by the Alfred Wegener Institute with a mission to gather as much data as possible about the Arctic while deliberately stuck in it.

It was a once-in-a-lifetime experience for the scientists on board, and for science worldwide, as climate change rapidly threatens the existence of Arctic sea ice, which may disappear entirely in the summer by 2035.

MOSAiC was an international feat and the culmination of more than 12 years of work. The expedition was modeled on Shupe’s first time in the Arctic 22 years ago, when he spent seven months on a ship frozen in sea ice.

But MOSAiC had many more moving pieces. Shupe, who co-coordinated the expedition, and his colleagues gathered funding from 20 nations and made sure that over 400 people — many of whom had never been to the Arctic before — could travel to and from the RV Polarstern on one or more of the five transports that occured between September 2019 and October 2020.

Scientists from 37 nations covering different disciplines and a wide range of career stages — including 35 researchers from CU Boulder and its Cooperative Institute for Research in Environmental Studies (CIRES) — came together for this once-in-a-lifetime chance to tell stories of the Arctic.

“It didn’t matter if you were from China, Russia, the U.S. or Germany. We were all a team,” said Shupe, senior research scientist at CIRES and the National Oceanic and Atmospheric Administration (NOAA). “It teaches us about humans and our ability to work together on shared priorities and interests.” 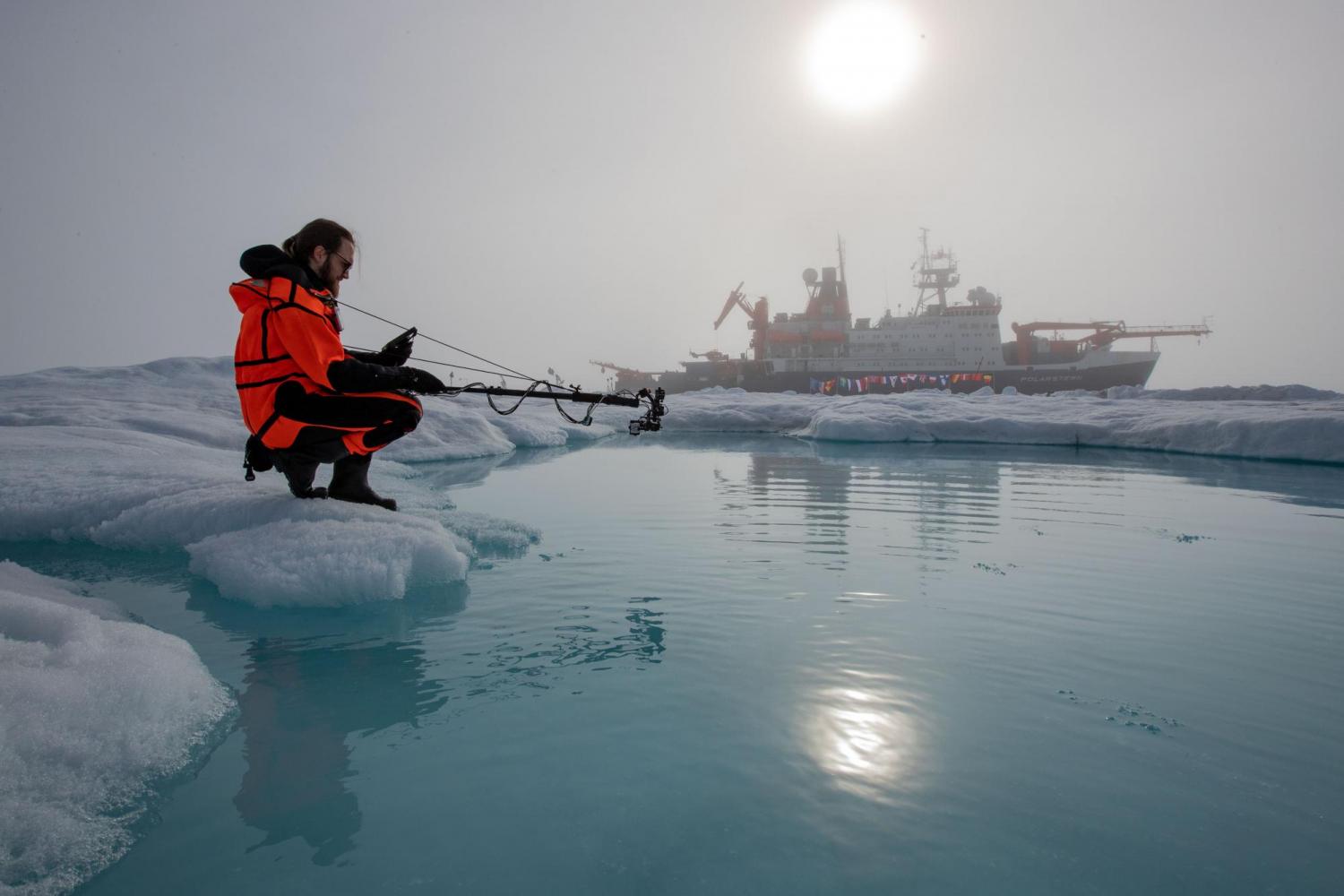 Researchers brought cutting-edge technologies to the ice, opening new avenues of scientific insight and gathering almost a thousand different types of measurements. Atmospheric scientists like Shupe worked alongside those who study everything from physics to biology, a rare interdisciplinary experience in the Arctic that will allow for deeper insight into the data.

Transporting five groups of crewmembers back and forth safely during a global pandemic — without an outbreak on the ship — was perhaps the most ambitious scientific experiment of the entire expedition.

While most of the world was living in quarantine, the isolated researchers only wore masks to guard their faces from the cold. They could hug each other, shake hands and share meals indoors. “There were days I did not think one bit about the virus,” said Shupe. 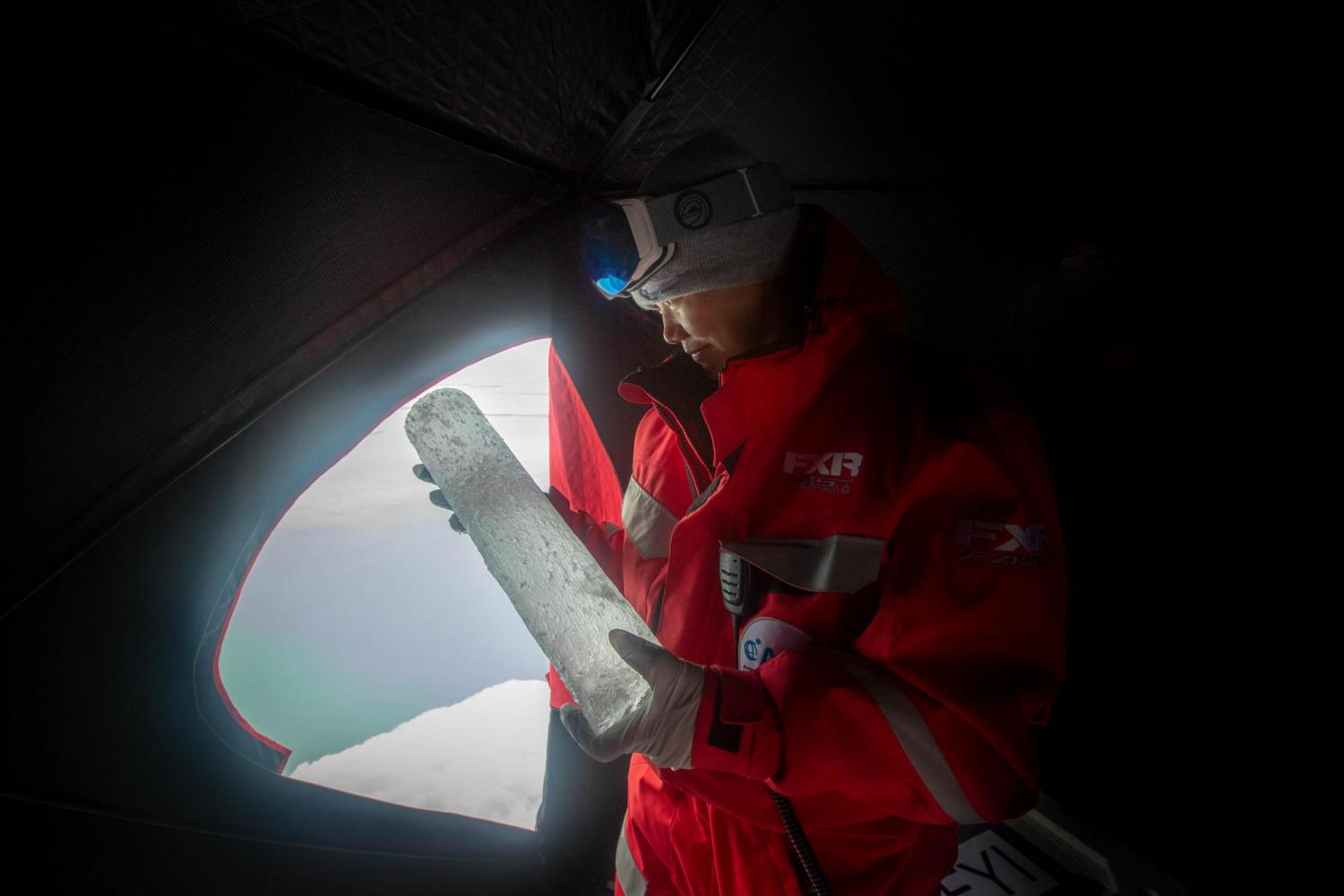 The first time Gina Jozef (PhDAtmos’24) heard about COVID-19, she was sitting in a hotel lobby in Tromso, Norway. It was January 2020 and MOSAiC’s third crew was preparing to head north on a resupply vessel to the Polarstern. The latest news about the virus flashed across the lobby TV: still mostly in China.

“I remember thinking, I hope that doesn't get to the U.S., but it's probably fine,” recalls Jozef, laughing nervously in hindsight. “Getting on the ship and starting an expedition, I had no thoughts that anything would be disrupted.”

In the weeks to come, she would find herself and many others huddled in the stairwell of the resupply ship, searching for a signal on WhatsApp to find out how quickly the world south of them was changing. It was taking twice as long as expected to reach the Polarstern and Jozef feared they might have to turn back. Luckily, and despite arriving behind schedule, their leg of the mission was extended.

Jozef and her team, who needed to gather meteorological measurements of the atmosphere, were initially threatened by minus 40°F temperatures. Luckily they resumed their drone flight work when it warmed up to a balmy minus 22°F.

“Every single day was a new, very exciting adventure,” said Jozef. “You never knew what was going to happen when you stepped on the ice.”

She kept busy gathering data out on the ice, but there were weeks when Jozef was left wondering how they would ever return home.

“I realized, there's nothing I can do. But what can I do to make the best of this moving forward?” Jozef said. “It’s improved my ability to just accept things and not try to fight the situation, which was very helpful in these times.” 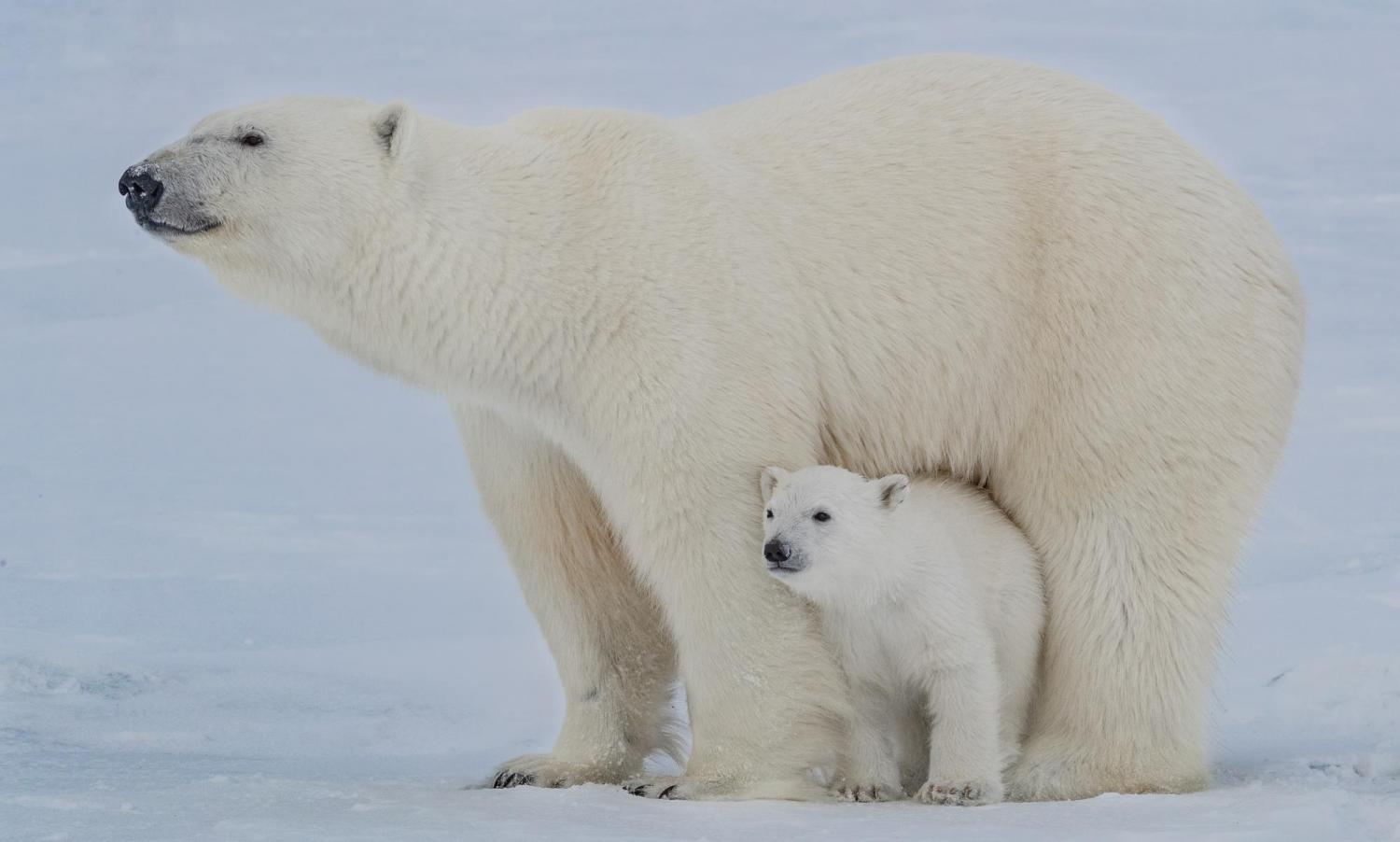 Most days the air was thick with fog, a challenge not only for the scientists but also for the photographers and filmmakers on board.

Tasked with documenting the work on board to educate the public about MOSAiC’s scientific mission, Amy Richman (MFA’19), who filmed the first leg of the expedition, struggled to keep camera batteries warm long enough to capture key shots. Lianna Nixon (Class’17; MEdu’21), who filmed and photographed the mission for CIRES and the Alfred Wegener Institute, fell through the ice more than once — but only up to her knees.

Despite the ever-present challenges, Nixon was inspired to capture “the joy and passion of scientists on the field every day.” “We were out there to get the story of the Arctic, and then tell that story and what might happen to the Arctic using the data,” said Jackson Osborne, an associate scientist for CIRES during MOSAiC.

With the mission complete and the crew home, they face a new kind of challenge: a world still facing the effects of COVID-19.

Nixon remembers the last time she could hug anyone freely. In October, crewmates squeezed each other tight knowing that once they left the ship, they would enter a socially distanced world.

Now, MOSAiC’s legacy lives on through its data, its relationships and its eye-opening message for the public.

“We’re all part of the Arctic story, no matter where we live. And I think that we have a responsibility now that scientists have brought back this knowledge to continue to be part of that narrative,” said Nixon.

For Shupe, the planning and fieldwork is done, but a wealth of data now waits to be explored — a crucial part of the scientific process.

“There’s so many fantastic stories in that data that we just have to reveal, we have to find them,” said Shupe. “Now is a time to really look forward to.”

MOSAiC was funded in part by the National Science Foundation, National Oceanic and Atmospheric Administration and the U.S. Department of Energy.

This story was originally published by the University of Colorado Boulder