The research analyzed 2,680 young adults in an intensive, 15-week exercise program and found they were less likely to snack or follow a typical Western diet high in fat and carbohydrates, and more likely to choose fruits, vegetables and low-fat alternatives.

“I was very excited to see this finding,” said Ana Vazquez, an assistant professor in the College of Human Medicine’s Department of Epidemiology and Biostatistics. “I was sure we would see some changes in diet, but I was inspired to see how significant and beneficial these changes are.”

The study is published in the International Journal of Obesity.

The research grew out of a study called Training Intervention and Genetics of Exercise Response or TIGER, led by Molly Bray, chair of the Department of Nutritional Sciences at the University of Texas at Austin. The TIGER study is a well-established program to introduce regular physical activity to sedentary college students and identify the genetic factors that influence their responses to exercise.

Participants were not urged to change their dietary habits, said Vazquez, but the results show that they improved their diet anyway.

During the study, the students’ blood was tested for genetic markers, and they wore heart rate monitors during exercise. Each filled out questionnaires, including about their food choices.

As they exercised, many reported that they began making healthier choices away from snacking and the typical Western diet high in red meat, fat and sugar and more toward fruits, vegetables and low-fat foods. The higher the intensity of their exercise, the more the students preferred healthier foods.

The change could be due to the students becoming more aware of other ways of improving their health as they exercised, Vazquez said, but it also could be that their bodies naturally craved healthier foods.

“We believe it is a combination of both,” she said.

The overall conclusion, she said, is clear: the program had the dual benefit of improving health through exercise and, as an unintended result, helping participants adopt a prudent diet.

“This study proves it,” Vazquez said.

The next step, she said, will be to investigate the metabolic changes that occurred in the participants as they became physically active, as well as to disseminate the findings and help communities implement physical activity programs. 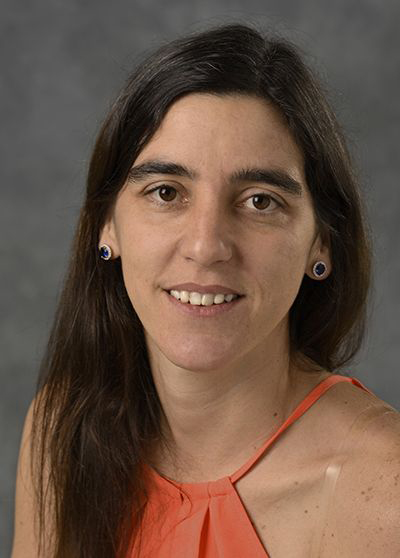 Ana Vazquez, an assistant professor in the College of Human Medicine’s Department of Epidemiology and Biostatistics. Courtesy photo