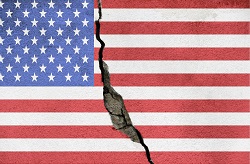 Our country is increasingly being torn asunder by partisan rancor. The ongoing January 6 hearings provide a stark reminder of how, left unchecked, extreme ideological polarization can lead to violence and threaten our democracy. Earlier this week, AAU President Barbara R. Snyder published a blog post on a new bipartisan bill that is seeking to help get past toxic polarization by encouraging Americans to find common ground and engage in meaningful dialogue with one another. The Building Civic Bridges Act (H.R. 6843), sponsored by nine Democrats and nine Republicans, would create an Office of Civic Bridgebuilding within AmeriCorps to support programs designed to create dialogue across political and ideological divisions.

The Office of Civic Bridgebuilding would provide competitive grants to nonprofits, universities, religious organizations, and other community groups to initiate civic bridgebuilding programs that would facilitate conversations within a community across ideological spectrums. The goal is to help individuals and communities get past polarization to discuss real solutions on key issues like education, public safety, and health. The bill would also fund research on civic bridgebuilding. As President Snyder notes in the blog post, America’s leading research universities play a key role in fostering civil engagement across deep divides. “The Building Civic Bridges Act would be a simple, smart, evidence-based way of beginning to heal our nation, foster engaged communities, and renew our commitment to democracy,” she writes. 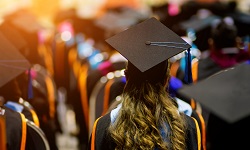 Yesterday, on the 50th anniversary of Title IX – a law that prohibits discrimination on the basis of sex in educational programs or activities that receive federal funding – the Department of Education released proposed changes to the regulations that guide schools or universities on how to implement the law.

According to ED, “The proposed amendments will restore crucial protections for students who are victims of sexual harassment, assault, and sex-based discrimination – a critical safety net for survivors that was weakened under previous regulations.” In a statement on Title IX’s 50th anniversary, President Biden emphasized that his administration “will continue to fight tirelessly to realize the promise of Title IX – that every person deserves an opportunity to pursue their education free from discrimination and realize their full potential.”

According to an ED fact sheet, the proposed regulations would, among other things:

AAU is currently examining the proposed regulations and will submit comments to ED within the prescribed timeline. ED will review all submitted comments and will issue final regulations at a later date; the department also noted that it will “engage in a separate rulemaking to address Title IX’s application to athletics.”

AAU is a leader in researching sexual assault and sexual misconduct across our campuses and has helped conduct landmark surveys to assess their prevalence. On this 50th anniversary of Title IX, we acknowledge the law’s central role in shaping the significant gains women have made in higher education. We look forward to continuing our work to move the nation closer to the goal of full equality under the law. 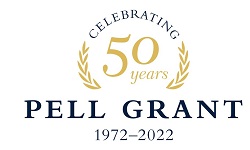 Yesterday was the 50th anniversary of the federal Pell Grant program, established in 1972. Pell Grants have helped realize the promise of an affordable college education for millions of low- and middle-income Americans. AAU celebrated Pell’s 50th anniversary all day long yesterday on our social media platforms, including on Twitter, on Facebook, and on LinkedIn. AAU also cosponsored a reception on Capitol Hill last night celebrating Pell’s 50th anniversary. The event was attended by partner organizations, advocates for Pell in Congress, Biden administration officials, and other higher education leaders.

Earlier this week, AAU President Barbara R. Snyder issued a statement welcoming President Biden’s nomination of Arati Prabhakar to serve as his lead scientific advisor and as the director of the White House Office of Science and Technology Policy.

Prabhakar has exceptional qualifications and has previously led the National Institute of Standards and Technology and the Defense Advanced Research Projects Agency. As President Snyder mentioned in the statement, Prabhakar “clearly understands the crucial government-university partnership that has been at the center of American innovation, economic growth, and national security since the middle of the last century.”

Prabhakar is well-known to AAU, and President Snyder noted that we look forward to continuing to work with her to advance American science and innovation. If confirmed, she would be the first woman of color to serve in this role. AAU urges the Senate to move quickly to confirm her nomination. 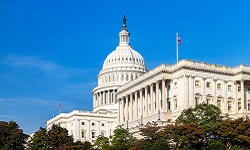 In other news, the House Armed Services Committee voted 57-1 on Wednesday to approve its version of the FY23 National Defense Authorization Act (H.R. 7900). The committee also approved an amendment to increase the discretionary topline for defense spending by $37 billion, bringing the total proposed defense spending for FY23 to $850 billion. Both the House and the Senate are seeking to vote on the FY23 NDAA before the August recess.

NPR: Dartmouth College Is Eliminating Loans from Its Financial Aid Packages – Dartmouth College announced that, starting this summer, financial aid packages for undergraduate students will no longer include loans. Dartmouth estimates that “the move will eliminate up to $5,500 in student debt per student, per year.”

News & Record: Duke Researchers’ Vaccine for Metastatic Breast Cancer Moves to Clinical Trials – Duke University researchers are holding clinical trials for a vaccine that uses mRNA technology to teach the immune system to identify cancer and fight against it. The vaccine is targeted toward women who test positive for HER2 proteins, which make cancer more aggressive and are found in about a fifth of women with breast cancer.

Stat: Women Less Likely Than Men to Get Authorship on Scientific Publications, Analysis Finds – A new study published in Nature finds that women are 13% less likely than men to be credited as authors on a scientific publication and 58% less likely to receive credit on a patent. The study utilized surveys, data, and stories to calculate the discrepancy and noted that women often self-reported making significant contributions to scientific research that went uncredited.

The Washington Post: Most Americans Support Gender Equity in Sports Scholarship, Poll Finds – A new Washington Post-University of Maryland poll finds that 85% of Americans believe (55% “strongly”) that colleges and universities should be required “to provide an equal number of athletic scholarships to men and women.” The poll also found that 54% of Americans feel that “colleges and universities have not gone far enough to give female college athletes equal opportunities.” The Post reports that women today account for 44% of NCAA athletes despite making up 58% of the undergraduate student population in 2020. 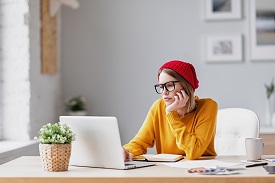 Staring at Yourself During Virtual Chats May Worsen Your Mood

University of Illinois Urbana-Champaign researchers have found that participants who stared at themselves during a virtual call felt significantly worse after the call. Consumption of alcohol worsened participants’ mood even further as those under the influence spent more time looking at themselves. The study contributes to further understanding of the emotional impact of virtual interactions 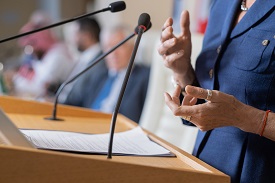 Women in Congress More Likely to Be Interrupted During Hearings