An Internet controversy is raging over whether different colored gummy bears all taste the same. We assume they contain different tastes, but that might not be true. It’s possible their color and scent fool our taste buds into thinking they taste different. Input from the eyes and nose override our taste buds.

The scientist who sparked this candy contretemps is Brandeis psychology professor Don Katz. For the last several years, Katz has conducted an experiment in which he blindfolds groups of parents and students and blocks their sense of smell with swimming nose clips. He offers them two sucking candies. The test subjects must say whether the first and second taste the same or different.

About half the time, they can’t tell the difference. Statistically speaking, this means the odds of getting it right are no better than chance. Katz believes that in many cases, green, yellow, red and orange candies aren’t multi-flavored. Their smell and appearance account for their taste.

Katz’s candy experiments aren’t scientific. But they do accord with the research he’s done in his lab for nearly 30 years on perception and learning. He’s demonstrated repeatedly how the other four senses — sight, smell, hearing and touch — interfere with and influence taste. In 2009, he showed that when rats lose their ability to taste, it alters their sense of smell. Two years later, he published a paper suggesting that rats depend on smell as much as taste to determine what food they like.

“Taste is an illusion,” he said. It feels like a single, isolated sense to us when it’s really the result of all five senses interacting. The brain tricks us into believing only taste is involved.

This is not the only way our taste buds are deceived:

Objectively, beer is pretty bitter. Many people report not liking it on the first try. So why do so many people love it?

Several years ago, Katz mildly deprived a rodent of food for several days. Then he sprinkled bitter cocoa on the rat’s grub. Normally, rats dislike cocoa because, like beer, it’s bitter. In this case, though, the animal was hungry and ate the cocoa anyway.

A second rat was then placed in the same cage as the first. As part of their normal social interaction, they smelled each other’s breath. Katz then removed the second rat and placed it in its own cage. Offered cocoa to eat, the second rat went for it. Exposure to the first rat led to a change in what the second rat found tasty.

Human social interactions are much more complicated. But Katz said our taste is still influenced by the people around us. Peer pressure and family and friends can make a difference in what we like. It’s probable, Katz said, that when we see others enjoying beer, it alters our taste experience. We come to believe beer is delicious. Katz says licorice for the Dutch, vegemite for the Australians and coffee for everyone are the same.

In another experiment, Katz fed rats sugar water, which they love, followed by a mild emetic that made them sick to their stomachs. The next time they were offered sugar water, they avoided it. The memory of a bad experience had a lasting effect on the animal’s taste preferences.

Anyone who’s ever had a hangover knows how this works. Binge on tequila at a party, wake up sick and it’ll be a while before you drink it again.

At the same time, memory creates expectations that lead you to believe something tastes the way it does even when it doesn't. Katz said you'll believe a yellow candy tastes like lemon because that's your expectation. Over a decade ago, a French researcher asked wine experts to taste a white wine he'd died red. They described the taste the same way they did other reds. They were completely tricked.

Your Senses Doth Deceive You was originally published on the Brandeis University website. 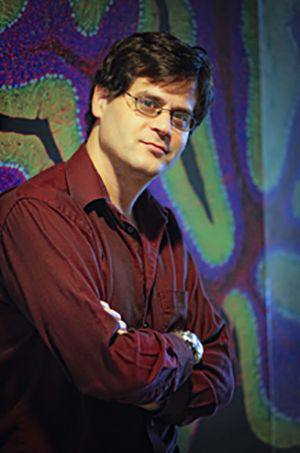