The dramatic decrease in mortality from heart attack in recent decades is not evident in younger age groups, especially younger women, according to a new study.

The overall incident of AMI, or heart attack, has decreased in recent decades in the U.S. However, when looking specifically at the 35-54-year-old age group, Arora and his colleagues discovered that this age group had an increase in heart attacks, and women had the largest increase of annual hospital admission due to heart attack. The proportion of heart attacks attributable to young women increased from 21 to 31 percent over 19 years.

“Heart attacks are traditionally considered an older man’s disease,” said Arora. “But we discovered that the proportion overall is shifting towards younger women. Young women are catching up to young men in heart attack incidence.”

Arora also found that young women are not experiencing the same treatment as young men. Women were less likely to receive guideline-based AMI treatment, such as lipid-lowering therapies, non-aspirin antiplatelets, beta blockers, coronary angiography, and coronary revascularization. Women were also more likely than men in this age group to experience comorbidities, such as hypertension, diabetes, and chronic kidney disease.

“Young women are not being treated the same way as young men,” Arora said. “This indicates a perception problem; physicians possibly are not believing that heart attack is as big of an issue for women. There should be a different set of treatment guidelines for women, and their unique risk factors should be recognized as well.”

The study’s senior author is Melissa Caughey, PhD, research instructor of medicine in the division of cardiology, who also served as Arora’s faculty mentor. UNC’s Rick Stouffer, MD, chief of cardiology, along with Wayne Rosamond, PhD, and Anna Kucharska-Newton, MPH, PhD, both professors in the department of epidemiology in the Gillings Schools of Global Public Health, were also authors.

The publication of Arora’s study in the American Heart Association (AHA) journal, Circulation, coincided with his presentation of the findings at the American Heart Association (AHA) Scientific Sessions in Chicago this past weekend. Arora presented his research during an oral abstract competition as part of his nomination for the Elizabeth Barrett-Connor Research Award for Young Investigators in Training. Arora was one of five nominees for the prestigious award. 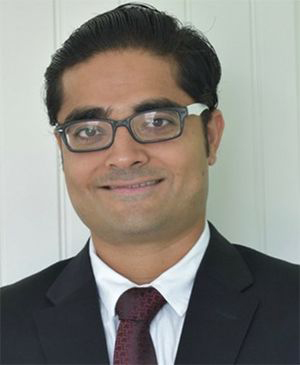 Sameer Arora, MD, a UNC School of Medicine cardiology fellow, was nominated for the Elizabeth Barrett-Connor Research Award for Young Investigators in Training for his study showing young women are having proportionally more heart attacks than young men.