The time parents spend with their children has a powerful effect on their educational achievement, according to a large study with a novel approach.

Researchers analyzed data on children in Israel who lost a parent through death or divorce.

They found that when it came to one measure of a child’s academic success, the educational attainment of the surviving or custodial parent had more impact than the educational level of the parent who died or left the home.

And the longer the absence of a parent, the less impact his or her education had on the child’s success and the greater the impact of the remaining parent.

“In the ongoing debate over what helps children succeed academically, we show that genetics is not the only major factor,” said Bruce Weinberg, co-author of the study and professor of economics at The Ohio State University.

“It is also about the time that parents spend with their children.”

The research was conducted by Eric Gould and Avi Simhon of Hebrew University in Israel, as well as Weinberg. The study has been accepted for publication in the Journal of Labor Economics and will be published Feb. 4, 2018 on the website of the National Bureau of Economic Research.

The study involved more than 22,000 children in Israel who lost a parent before age 18, more than 77,000 whose parents divorced and more than 600,000 who did not experience parental death or divorce.

The researchers looked at whether these children passed the “matriculation exam,” a high-stakes test required to attend college. About 57 percent of high-school students in the country pass the test.

The researchers started the study by looking at children who experienced the death of one parent, Weinberg said.

“These relationships are stronger when the parent dies when the child is younger.”

“Student success is not coming just from smart parents having smart kids,” he said.

Study results rejected the argument that the parents’ income is really what helps the children of the highly educated succeed academically.

If that were so, then losing a father should hurt children academically more than losing a mother because fathers tend to earn more.

“That’s not what we found. The loss of a mother – who tends to spend more time than the father with her children – had a bigger effect than loss of a father in our study,” Weinberg said.

But what about parents who remarry after losing a spouse? The study found that the negative effect on academic success of losing a mother can at least be partially minimized if the child gains a stepmother. If the father does not remarry, the effect of the loss is more acute: No one can compensate for the loss of the mother except for the father.

The study didn’t find any differences in academic success for children whose mothers remarried after their father died, versus those who did not. That may be because mothers’ education levels generally had more impact on their children’s success than that of fathers because of the more time moms spend with their kids.

Results also showed that mothers’ education was more closely linked to children’s academic success in larger families. The researchers believe that was because women with more children spent more time with their kids and less time working outside the home, according to findings.

Overall, the effects of losing a parent were stronger on girls than on boys, the study showed.

Similar results were also found with children whose parents had divorced. The educational level of the mother – whom the child typically lived with – had a larger effect on academic success than did the education of the other parent, Weinberg said.

“Other studies show that highly educated parents tend to spend more time with their children. Our results may suggest one reason why they do: It has a strong impact on academic success.” 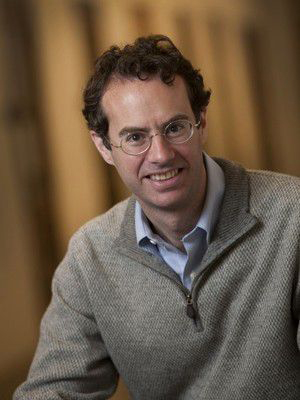 Bruce Weinberg is a professor of economics at The Ohio State University.