Researchers found that 4- to 9-year-old kids knew more about how animals are classified after a four-day camp at a zoo.

It wasn’t that children who attended just knew more facts about animals, the researchers noted. The camp actually improved how they organized what they knew – a key component of learning.

“This suggests organization of knowledge doesn’t require years to happen. It can occur with a short, naturalistic learning experience,” said Layla Unger, lead author of the study and a postdoctoral researcher in psychology at The Ohio State University.

“It highlights the enriching potential of real-world programs like summer camps. They aren’t just recreation.”

Unger conducted the study with Anna Fisher, associate professor of psychology at Carnegie Mellon University. Their study appears online in the Journal of Experimental Child Psychology and will be published in the March 2019 edition.

This study is one of the first to show how quickly knowledge organization changes can occur in children.

“We didn’t know if it would take months or years for children to accomplish this. Now we have evidence that it can happen in days,” Unger said.

The study involved 28 children who took part in a four-day summer zoo camp in Pittsburgh. They were compared to 32 children who participated in a different summer camp in a nearby neighborhood of Pittsburgh, which was not at the zoo and didn’t involve animals.

At the beginning and end of each camp, all children completed two different tests that measured how well they understood the differences between mammals, birds and reptiles.

The zoo camp consisted of lessons, interactions with preserved and live animals, tours of the zoo, games and craft sessions.

“Most of the themes at the zoo camp were not oriented toward explicitly teaching children biological taxonomic groups,” Unger said. “So the children were not spending every day talking about the differences between mammals, birds and reptiles.”

At the beginning of the camps, children in both groups had equivalent knowledge about the relationships between the three types of animals. But the children in the zoo camp knew significantly more by the end of their four-day camp, while the others did not.

This study was not designed to test whether a four-day classroom lesson about animals could produce the same results as the four-day zoo experience, Unger said.

But other research suggests a class may not have the same positive effect, partly because it might not engage students as much as the real-world experience.

Unger said it was significant that the zoo camp improved knowledge organization, and not just facts about animals.

“Children didn’t just learn piecemeal facts like ‘ostriches are birds.’ They learned how different birds such as ostriches and ducks are related to each other even when they may look very different or live in different habitats, and how birds are different from mammals and reptiles,” she said.

“This kind of knowledge organization helps children retrieve what they have learned from memory, it helps them reason on the basis of what they learned and helps them integrate new information. It is a key part of learning.”

Unger noted that both camps in the study charged parents for their children to attend and attracted mostly kids from middle-class families and above. That could be an issue for families who can’t afford to send their children to camps.

“Our study showed that the zoo camp really did enrich the children who attended. It may help explain at least a part of the learning opportunity gap between children who have access to camps like this and those who don’t.”

The study was supported by grants from the Department of Education, Institute of Education Sciences and by the James S. McDonnell Foundation 21st Century Science Initiative in Understanding Human Cognition – Scholar Award.

The Powerful Impact of Real-World Learning Experiences for Kids was originally published on The Ohio State University website. 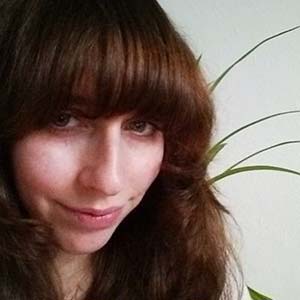 Layla Unger, lead author of the study and a postdoctoral researcher in psychology at The Ohio State University.