More than 115 people die every day in the United States after overdosing on opioids, according to the National Institute on Drug Abuse (NIDA)—and millions of others struggle with opioid-related substance use disorders. For many, their first interaction with opioids are from pain relievers prescribed by physicians. That’s why new efforts to fight the epidemic are focused on responsible prescribing.

Just a single academic detailing visit can lead to safer opioid prescribing behavior of a physician, according to a new study led by Senior Scientist Mary Jo Larson, PhD’92, of the Heller School’s Institute for Behavioral Health. Academic detailing is when a trained, unbiased person—in this case, a pharmacist—goes to a doctor’s office to discuss best practices for prescribing a specific medication that is based on review of current medical literature. The article, “Physicians report adopting safer opioid prescribing behaviors after academic detailing intervention,” published in the Substance Abuse journal, reports that physicians in South Carolina significantly increased their use of the state prescription monitoring program (PMP), which tracks patient prescription history information.

"The impact of opioids today on everybody, all families, is even broader than the HIV epidemic was in the 1980s. More people are touched, more people are dying and it’s reaching all neighborhoods—it’s not restricted to one income group,” Larson says.

The study, a collaboration between researchers at the Heller School for Social Policy and Management and the University of South Carolina (USC) School of Pharmacy , and supported by NIDA, took a two-pronged approach to changing physician behavior. The 87 community practice and Veterans Administration physicians who volunteered for the study were registered for the state’s PMP and received an academic detailing visit. During the visit, a trained pharmacist taught the physician how to use the PMP and promoted key messages about safer opioid prescribing.

“What made this intervention different from other opioid education programs was that we wanted the provider to be comfortable sending a query to this patient database of controlled substances maintained by the state,” Larson says.

PMPs were originally created to track drug diversion, in which patients sell legally prescribed drugs on the street, but in recent years, have been used to protect patient health. Though PMPs exist in 49 out of 50 states, physician use in South Carolina, like many other states, was low—just 22 percent were registered—because it was complicated to enroll and to learn how to use the system.

PMPs can help prevent over-prescribing, says Larson. “If people are getting prescribed controlled substances from multiple providers, they increase their chance of bad events. They may forget to disclose another prescription, or they may not alert the physician they have a prescription from another prescriber if they are afraid of running out or if they are taking more than prescribed—a potential sign of addiction.”

In addition to educating physicians about the state PMP, the trained pharmacist also promoted three messages about safer prescribing. First, physicians were advised to discuss both the potential risks and benefits of long-term opioid use and have patients provide informed consent (an example form was provided). Second, to assess response to a trial of opioid medication, use a multi-dimensional rating scale which focuses on how well a patient is able to function and enjoy their everyday life, as well as rates pain interference. Third, screen for risk of opioid misuse and continue to monitor appropriate use through urine tests, pill counts, frequency of visits and information from the PMP.

The physicians who volunteered for the study first filled out a survey on their PMP use and other prescribing behavior before the academic detailing visit. A month after the visit, physicians were sent another survey.

Of prescribers who didn’t use the PMP before, 83 percent reported that they had adopted PMP use. Of those who had used it before, 72 percent reported using PMP patient reports more frequently after the visit. In addition, the physicians reported a significant increase in using a multi-dimensional rating scale to track patient responses to opioids, as well as ordering urine tests to monitor patients using opioids long-term.

“Simply sending out a document with clinical guidelines doesn’t change prescriber behavior,” Larson says. “Sending in a trained pharmacist to review evidence on best practice, learn about the physician’s current prescribing, and respond to physician’s questions, is resource-intensive but results in change.”

Since the study was conducted in 2015, pharmacists and clinicians from the USC School of Medicine have used new funding to expand the program to inform physicians about training on medication-assisted treatment for patients who are opioid dependent. They have continued the academic detailing visits, making an additional 76 through October 2017. Larson hopes researchers and public health departments in other states will include PMP registration and training in their interventions, and target providers who prescribe opioids more frequently or for longer periods of time than their peers.

“We know it’s going to take multiple layers of changes to address the opioid epidemic,” Larson says. “We’re doing research that addresses one of the important gatekeepers of opioid medications by working with prescribers. It’s rewarding to do work that could help save lives.” 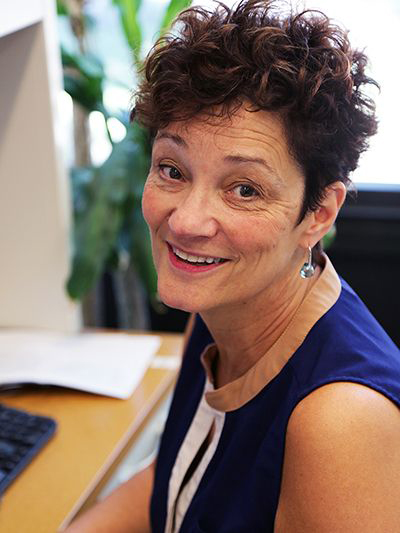