A team of researchers led by Northwestern Engineering professor and fuel cell pioneer Sossina Haile has created a new fuel cell offering both exceptional power densities and long-term stability at optimal temperatures, a discovery that heightens the viability of incorporating fuel cells into a sustainable energy future.

For years, industry has told us that the holy grail is getting fuel cells to work at 500-degrees Celsius and with high power density, which means a longer life and less expensive components,” said Haile, Walter P. Murphy Professor of Materials Science and Engineering and professor of applied physics at Northwestern’s McCormick School of Engineering. “With this research, we can now envision a path to making cost-effective fuel cells and transforming the energy landscape.”

“While it was known that some electrolytes have high conductivity at 500-degrees Celsius, somehow the electrodes were not working well in the complete fuel cell,” Haile said.

The Haile-led team overcame this persistent challenge by combining a high-activity cathode — the double-perovskite cathode PBSCF — with a new composition of matter, a chemically stable electrolyte labeled BZCYYb4411, to produce exceptional power density and stability in the highly prized intermediate temperature regime. This novel electrolyte allowed ions to move quickly and, unlike many previous electrolytes, remained stable even when operated for many hundreds of hours.

“We solved multiple problems simultaneously by changing out the electrode, improving the electrolyte and creating good contact and communication between the two materials,” said Haile, who led the development of the concept, guided the experimental design, and supervised the research.

“High temperatures translate into greater efficiency, but also higher costs because of the necessary auxiliary components,” said Haile, a past recipient of the American Institute of Chemists’s Chemical Pioneer Award. “Here, we demonstrate a clear path for realizing the potential of fuel cells to generate clean electricity.”

The next challenge, Haile said, is to develop scalable manufacturing routes. Currently, getting the excellent contact between electrode and electrolyte requires a costly processing step. To bolster commercialization efforts, Haile and her team have ideas on how to approach this in a more cost-effective manner. Haile’s team will also investigate making the fuel cells reversible, which would transfer electricity back into hydrogen for placement on grid backup.

“It’s exciting to think about where we are now and where we can go,” Haile said.

The research, funded in part by the US Department of Energy through the Advanced Research Projects Agency-Energy and by the National Science Foundation, included members of Haile’s lab team at Northwestern as well as scientists from the University of Maryland and the California Institute of Technology. 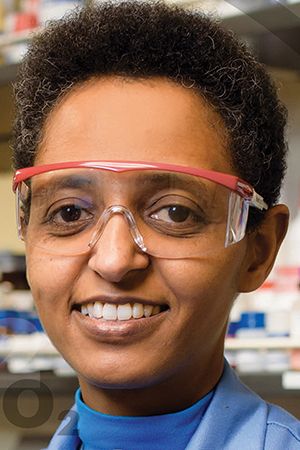