Biological markers responsible for extreme exhaustion in patients with cancer have now been linked to fatigue in those with Parkinson’s disease, according to new research from Rice University.

“Inflammation and fatigue in early, untreated Parkinson’s disease” will appear in an upcoming edition of Acta Neurologica Scandinavica. It is one of the first studies to link the biomarkers responsible for fatigue in patients with cancer and patients with Parkinson’s.

The researchers examined blood samples from 47 patients with Parkinson’s disease, half of whom experienced high levels of fatigue, which is characterized by feeling severely tired and unable to engage in usual activities and is disruptive to one’s work and social life and daily routines.

Chris Fagundes, an assistant professor of psychology at Rice and one of the study’s lead authors, said that although Parkinson’s disease is not fatal, patients often complain that fatigue is one of the most common and disabling side effects and a contributor to reduced quality of life.

“The No. 1 complaint among Parkinson’s disease sufferers is chronic fatigue,” Fagundes said.

The researchers found that individuals with Parkinson’s disease who suffered from fatigue had elevated levels of the interleukin-1 receptor antagonist (IL-1RA) and vascular cell adhesion molecule 1 (VCAM-1) inflammatory biomarkers. Interestingly, elevated levels of inflammatory markers such as these are also linked to fatigue in patients with cancer.

This is the one of the first times these biomarkers has been linked to fatigue in patients with Parkinson’s, Fagundes said. His previous research has focused on the link between specific biomarkers and cancer-related fatigue, and he said this study was a great opportunity to take work from one area and help a separate population.

“This opportunity came about in an unexpected way,” Fagundes said. “I was invited to a symposium with a panel of world-renowned experts on Parkinson’s disease in Chicago. Although I had no expert knowledge related to this disease, I was invited because I have published on the biobehavioral mechanisms that underlie cancer-related fatigue. The panel was interested in my perspective.”

The researchers hope the discovery will allow health care providers to target specific treatments that can lower the levels of the inflammatory biomarkers and in turn improve the quality of life for the patients impacted.

The research was funded by the Parkinson’s Foundation and is available online at https://onlinelibrary.wiley.com/doi/pdf/10.1111/ane.12977.

Read More About Researching the Brain 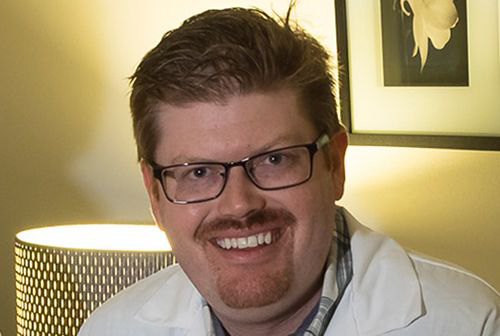 Chris Fagundes is an assistant professor of psychology at Rice University. (Photo by Jeff Fitlow)