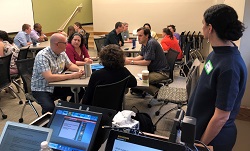 AAU has received a new $403,163 award from the Howard Hughes Medical Institute to develop more equitable and effective methods to evaluate teaching in undergraduate STEM departments. The funds will complement the work AAU has already been doing in this area as part of our Undergraduate STEM Education Initiative.

The funds from HHMI will continue this work by supporting the creation of a learning community among STEM departments at 20 AAU member institutions that previously submitted proposals to develop teaching evaluation demonstration projects. (Earlier this year, AAU awarded $100,000 each to five departments to create better models for evaluating STEM teaching; those awards were made possible by a $570,000 gift from the Sarah Gilbert & Carl Wieman Charitable Fund.) The new learning community will explore how institutions can influence faculty members’ views about their teaching responsibilities and create better systems to recognize and reward evidence-based and equitable teaching practices that support the inclusion of students from diverse backgrounds.

AAU congratulates Mark P. Becker, former president of Georgia State University, for being named as president of the Association of Public & Land-grant Universities. Becker will begin his term on September 1 and will succeed Peter McPherson, who has served for 16 years as APLU’s president. AAU thanks McPherson for his long and dedicated service to public higher education and for his leadership in the higher education community. APLU is one of AAU’s peer organizations and the two work closely together on many issues related to higher education and research.

AAU looks forward to continuing to work with APLU under Becker’s leadership on our joint advocacy efforts. 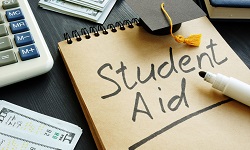 The Student Aid Alliance, of which AAU is a member, sent a letter earlier this week to the leadership of the House and Senate subcommittees on Labor, Health and Human Services, Education, and Related Agencies seeking increased funding for federal student aid programs in FY23.

Specifically, the letter encouraged appropriators to double the annual maximum Pell Grant award to $13,000, which is one of AAU’s top priorities. The letter also asked for increases in other federal student aid programs such as TRIO, Federal Work-Study, Supplemental Educational Opportunity Grants, and Graduate Assistance in Areas of National Need. “The most direct way to improve college affordability is to enhance and expand proven, successful programs,” the letter said, adding: “Not only is this an investment in students’ futures, it is an investment in our country’s economic recovery from the pandemic.”

The Task Force on American Innovation (an alliance of industry, professional societies, and university organizations, including AAU), sent a letter today urging congressional leaders to include supplemental appropriations for science and technology programs in the final conference agreement on the House-passed America COMPETES Act and the Senate-passed U.S. Innovation and Competition Act.

The letter specifically urges supplemental appropriations for scientific agencies and programs “that have received robust, long-term and bipartisan authorization,” such as the National Science Foundation, the Department of Energy’s Office of Science, and the National Institute of Standards and ICYMITechnology. “With FY22 appropriations decision now complete, it is imperative that Congress fund the ambitious authorizations for these programs by making an immediate down payment in the final bill that can be sustained in FY23 and beyond,” the letter stated. 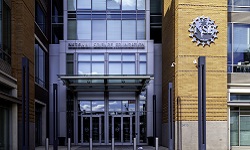 CNSF Requests At Least $11 Billion for NSF in FY23

The Coalition for National Science Funding, which includes AAU, recently sent letters to congressional science appropriators requesting at least $11 billion in funding for the National Science Foundation in FY23. The letters argued that the NSF “needs critical resources in FY23 for the U.S. to support a thriving science and technology ecosystem and address major priorities such as technology innovation, climate change, and diversifying the future STEM workforce.”

The letters also noted that the NSF needs substantial increases in order to achieve the goals envisioned in the America COMPETES Act and the U.S. Innovation and Competition Act as well as the recently established NSF Directorate for Technology, Innovation and Partnerships. “We ask Congress to make bold investments in the NSF this year, setting the agency on a course to advance domestic innovation and to keep pace with investments other countries are making in research and development,” the letters said.

NPR: Student Loan Borrowers Will Get Help After an NPR Report and Years of Complaints – The Department of Education announced this week that it will fix failures in the administration of its income-driven repayment plans and the Public Service Loan Forgiveness program. Nearly 40,000 borrowers will see immediate debt cancellation as a result of the changes, while millions of additional borrowers will get credit toward debt cancellation.

The Chronicle of Higher Education: Is Geopolitics Closing the Door on Open Research? – Governments around the world have become more suspicious of international research collaborations and started treating them as potential security risks. China, for example, limits visas granted to foreign scholars and has recently prohibited some Chinese scholars from participating in international conferences. In the United States, despite ending the China Initiative, the federal government has made clear that it will continue scrutinizing foreign partnerships. With knowledge itself becoming a “weapon in a global showdown,” some researchers worry that the era of open science and international collaboration may be coming to an end.

CNN: Do You Split Your Oreo? Researchers at MIT Explain How to Make the Filling Stick to One Side – Researchers at the Massachusetts Institute of Technology developed an “Oreometer” to determine if it was possible to twist Oreo cookies in such a way that you always get the filling to stick to one side or both. The scientists hope the experiment will make people curious about the physics of everyday objects and phenomena.

Washington Square News: Hamilton to Step Down as NYU President Next Year – New York University President Andrew Hamilton announced that he will be stepping down on June 30, 2023, after spending eight years in the role. Hamilton will return to NYU as a professor in the Chemistry Department after a sabbatical. 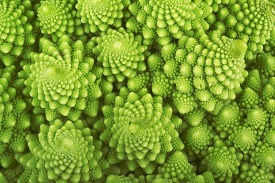 The Human Brain Would Rather Look at Nature Than City Streets

A team of interdisciplinary researchers, including a University of Oregon physicist, has determined that human brains prefer nature over urban environments because of the lack of fractals in architecture; fractals are repeating patterns that exist throughout nature. The research suggests that incorporating fractals in urban design could reduce stress and mental fatigue. 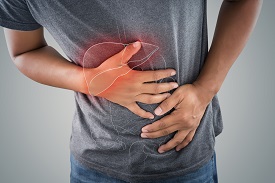 Biomedical engineers at the University of Michigan have developed a noninvasive sound technology that can break down liver tumors in rats, kill cancer cells, and spur the immune system to get rid of the leftover tumors. The researchers observed no evidence of recurrences or metastases in 80% of the animals thus treated. The new technology could lead to improved cancer treatments for humans.