Tax reform should not come at the expense of students and their families and it should not balloon the federal debt.

Pro-growth and desperately needed. These are claims being made by both House and Senate tax writers about their respective tax reform bills. While I agree that we are due for an update to our tax code, the current proposals do not live up to the hype.

Tax reform cannot be truly pro-growth if it comes at the expense of students and their families and undermines the ability of research universities to drive economic growth, as they have for the past 70 years.

By eliminating important student tax benefits, the House would make it harder for lower- and middle-income students to attain postsecondary education. Taxing graduate student tuition waivers and employer-provided educational assistance is misguided, and it would undermine the high-skilled workforce Congress seeks to cultivate.

Graduate student tuition waivers are indispensable sources of aid that are paid by the university on behalf of students, and are currently not subject to tax. Of the 145,000 graduate students who received this benefit in 2011-12, nearly 60 percent were students in STEM fields. Repealing this provision will mean large and unmanageable tax bills for graduate students, including those in STEM.

Employer-provided educational assistance has long proven effective in bolstering a highly educated workforce by helping employers attract and retain talent. Employers provide tuition support of up to $5,250 annually and neither they nor their employees pay tax on that amount. Everyone wins: employees, employers, and our economy all benefit from a more highly-skilled workforce.

At a time when our country faces increasing global competition, we must continue to invest in our students and workforce and reject proposals that pay for tax cuts on the backs of hard-working students and families. Fortunately, Senate tax writers recognize the critical importance of these benefits and other student-centered tax benefits and their bill retains each. It is critical that these provisions remain law, as the Senate proposes. 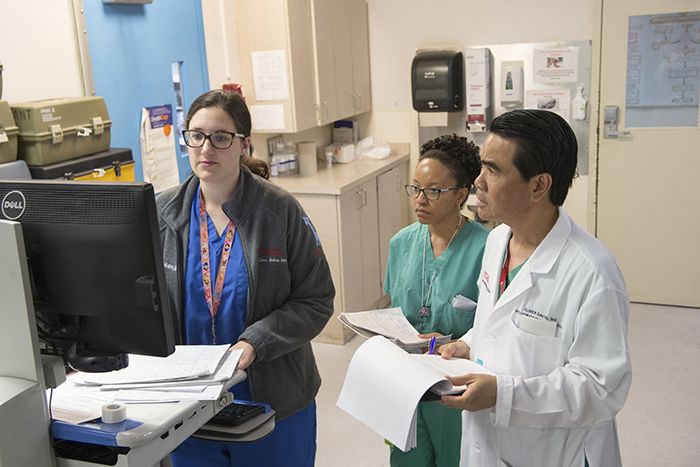 But proposed changes to student tax benefits are just one of the key failings of the legislation before Congress.

In a stunningly shortsighted move, both the House and Senate plans would impose a 1.4 percent excise tax on private university endowments valued at $250,000 or more per student. This tax would generate under $3 billion in government savings – less than 0.005 percent of projected federal spending – and serve only to inflict further undue harm on students and their families.

Nonprofit universities are tax-exempt because of their educational mission of teaching, research, and public service. Endowment funds support this mission by providing stable funding over time for student financial aid and student services, for research, and for building and maintaining classrooms, labs, libraries, and other essential facilities. In an era of increased state and federal budget constraints, these funds are critical as universities work to better support students and respond to changing needs in local communities, states, and the broader society.

And taxing endowments is just one of the ways that the bill undermines universities and their ability to serve students and society. Changes to the SALT deduction, tax-exempt bonds, and other provisions would both directly and indirectly negatively impact universities. Each would cost universities millions of dollars every year.

But, perhaps the worst aspect of the pending tax legislation for students, research universities, and our nation’s future, is the additional debt that we and future generations will bear.

Both tax reform plans swell the federal debt by a staggering $1.41 trillion over 10 years and risk our nation’s competitiveness by hampering the federal government’s ability to invest in research, higher education, infrastructure, and other known drivers of economic growth. Instead, our leaders should confront our long-term fiscal challenges by reaching a tax agreement that grows the economy and raises federal revenues. AAU has long called for a broad budget agreement that focuses on tax and entitlement reforms that protect the most vulnerable without undercutting support for the future high-skilled workforce, encourage economic growth, and raise revenues.

Without bold intervention to rein in the national debt, higher interest payments will squeeze vital discretionary spending and prohibit adequate funding to meet the country’s needs while also investing in research and higher education to strengthen our national health, defense, and economic prowess. Failure to deal with our nation’s fiscal problems and to invest in the people and programs that sustain the American economy would cripple the government-university partnership on which the American economy and taxpayer depend. It would be a travesty for our great nation to willingly cede its global leadership role.

Tax Cuts and Jobs Act Compared with Prior Law
January 19, 2018