The Bayh-Dole Act of 1980 significantly increased and accelerated the transfer of university discoveries to the marketplace. The products and processes that emerge from university technology transfer benefit the public in a number of ways.

Anytime you check your smartphone, get an MRI, or even check the weather report, you’re benefiting from federally-funded university research that’s been brought to the marketplace.

All of these and countless other technologies and everyday products are possible because of technology transfer—the process by which universities patent the discoveries unlocked in their laboratories and license them to businesses and entrepreneurs who then turn them into important and even life-saving commercial products.

Because the discoveries emerging from university research tend to be early-stage, high-risk inventions, successful university technology transfer transactions require a patent system that protects such innovations.

Previously, federally-funded university discoveries would often languish because they lacked the patent protections needed to bring them into the marketplace. The Bayh-Dole Act of 1980 prompted a significant increase in university patenting of those discoveries.

Patent protections give businesses and entrepreneurs the confidence to license, invest in, and develop university discoveries into marketable products, knowing that no competitor can use those discoveries for a certain period of time. This process is central to promoting economic growth and ensuring the United States remains the global innovation leader. 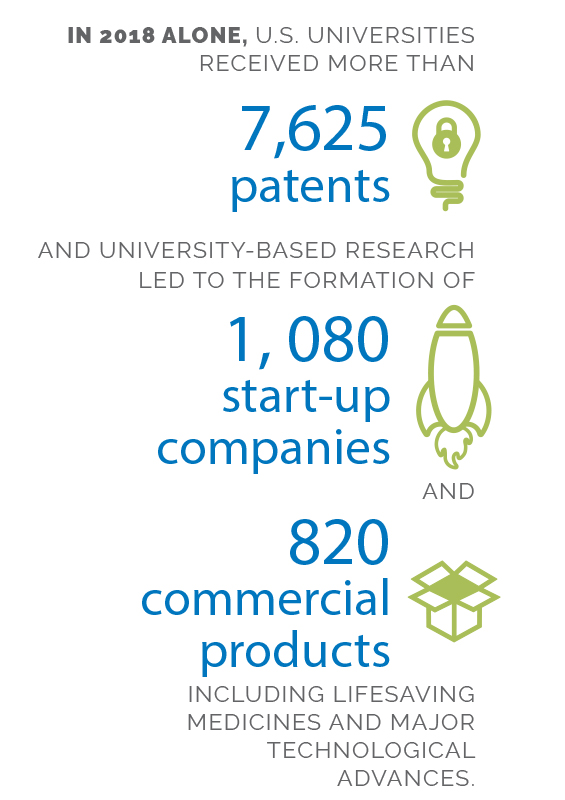 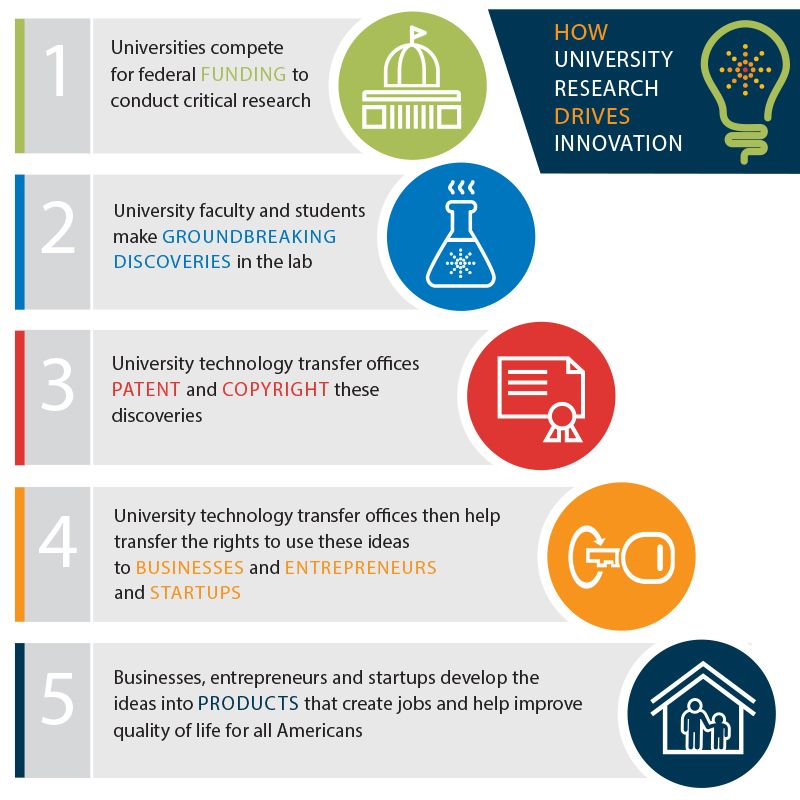 Universities are guided by the core values and practices outlined in “Nine Points to Consider in Licensing University Technology,” which sets out the principles for ensuring technology transfer promotes the public good.