Older ladies come and go from a table. They give a pair of panties a hard look.

The black and nude colors are nice.

Cotton takes a long time to dry, you know.

Lace is fine, but only on top.

When the semester’s up, a trio of USC undergraduates will have spent roughly 100 hours speaking to seniors about underwear. It’s just a topic they stumbled upon.

“They wanted us to know that just because they’re old doesn’t mean they’re not having sex,” said Mohini Narasimhan, a senior studying international relations.

So they tucked that information away. Then an issue kept coming up.

A woman told them, “I’m afraid if I laugh too hard I might pee my pants.” Another woman said she keeps a few pairs of panties in her purse, just in case.

Rosehips, incontinence underwear that doesn’t scrimp on style, was born.

The approach of identifying something in abundance (romance) and identifying an issue (incontinence) is part of an approach called “human-centered design.”

Instead of educators, designers or engineers sitting in a siloed office and assuming what a user needs, these folks go out in the field, study the user and use that information to inform an approach to an issue.

The class is part of the Brittingham Social Enterprise Lab within the USC Marshall School of Business, which aims to tackle social issues and global problems with for-profit endeavors.

“This isn’t sort of market research. This is a much deeper dive into understanding communities,” said Adlai Wertman, founder of the lab. “If I’ve come up with a new Chips Ahoy! cookie that’s soft and nobody wants that, then I blew that investment. But if I come up with a new model to help childhood obesity and I blow that, then I hurt that community – that adds a responsibility.”

The class’s instructor, Brittingham Executive Director Abby Fifer Mandell, picks an under-resourced community each year. In the past, it’s been low-income folks in Pacoima or farm workers in the Central Valley. This year, it was the folks of ONEGeneration Senior Enrichment Center, a Reseda nonprofit that serves older adults living below the poverty line.

“As a country, we haven’t tended to the housing needs, the health needs, the consumer goods, the emotional needs … of this population that will soon be the single largest population in this country,” she said.

By 2035, seniors over the age of 65 will outnumber kids in the U.S. for the first time in history, according to a recent U.S. Census Bureau report.

“We actually believe very strongly that this a community that needs a lot of attention,” said Wertman, who noted the center is planning a partnership with the USC Leonard Davis School of Gerontology to come up with business opportunities within the world of seniors.

Over the course of the semester, teams of students develop prototypes. To develop theirs, Rosehips hit the streets – or Target’s adult diaper aisle.

“We were really self-aware of it when we walked down the aisle,” junior Brianna Doyle said of walking around the store with a pack of Depends.

“It’s an uncomfortable experience. Even when we opened it up … it didn’t feel normal,” said Doyle, part of the USC Jimmy Iovine and Andre Young Academy.

Some women they talked to use diapers. Others used panty liners. Others took a chance. None of them had a solution that really made them feel confident.

“We realized these women are getting held back from life’s moments – laughing, dancing,” Doyle said. “We wanted to empower them to live their fullest lives.”

The response has been encouraging. They’ve asked pointed questions.

“‘Is that going to fit me?’ That was the No. 1 question,” said Jorge Rojas Ortega, a sophomore studying industrial and systems engineering.

On limited incomes, many of the women told them they purchase underwear in bulk packages and just go for whatever’s cheapest – showing that affordability and ease of purchase will be key, Doyle said.

“I live on Social Security and that’s it,” said 79-year-old Jackie Smith, who was sharing her views on different prototypes on a recent Friday at the center.

The class will show off its prototypes at the end of the month, but Rosehips – made up of Doyle, Narasimhan and Ortega – won’t be done there. In a recent meeting, the three decided the company will go on.

“We all just said, ‘Yeah, we love it and want to continue,’” Doyle said. “We’re hoping to get mentors and resources and continue building out a product. It’s definitely going to live beyond the class.”

At the center on a recent Friday, Mandell looked around the room. She was excited about all the products the students were coming up with – a mobile nail salon with patient advocacy or a “prep” box of products to calm nerves before a colonoscopy. She was also encouraged by the time students spent at the center.

“They are having these paradigm-shifting, attitude-changing encounters with populations of people they might not engage with,” she said, noting some of the students hadn’t even been to the San Fernando Valley before.

Some of the seniors have met with students multiple times, she said.

“You can see what’s happening here … my students will stay all day with these folks. They have someone listening to their stories,” she said. “You don’t work in this space … unless you believe there’s something magical and beautiful about older adults.”

Designing for Seniors, Students Use ‘Human-centered’ Approach was originally published on the University of Southern California website. 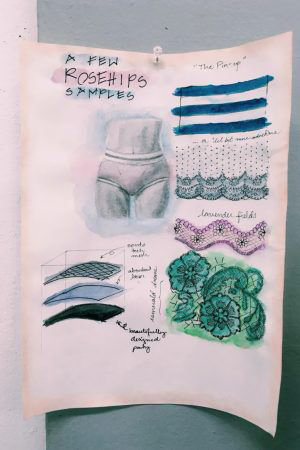 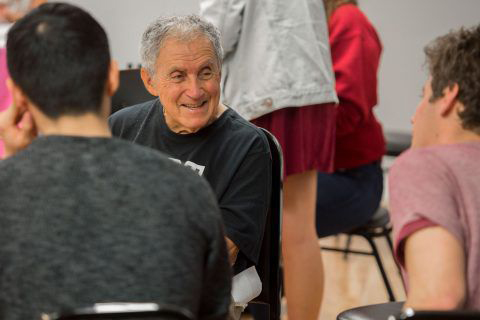 AGING, BY THE NUMBERS

DOUBLING DOWN
The number of Americans ages 65 and older is projected to more than double, from 46 million today to over 98 million by 2060. The group’s share of the total population will rise to nearly 24 percent from 15 percent.

HARD AT WORK Older adults are working longer. By 2014, about 23 percent of men and 15 percent of women ages 65 and older were in the labor force. These levels are projected to rise further by 2022, to 27 percent for men and 20 percent for women.

NURSING HOME NEEDS
The aging of the baby boom generation could fuel a 75 percent increase in the number of Americans ages 65 and older requiring nursing home care, to about 2.3 million in 2030 from 1.3 million in 2010.

ALZHEIMER’S TOLL
Demand for elder care will also be fueled by a steep rise in the number of Americans living with Alzheimer’s disease, which could nearly triple by 2050 to 14 million, from 5 million in 2013.