When Everest (not real name) was 12 years old, an inline skating accident left her with a compound fracture. The excruciating break was made bearable only by Percocet, a high-octane prescription of acetaminophen and oxycodone.

The combination is fairly standard but dangerously addictive. Everest, a citizen of the Tulalip Tribes in the central Puget Sound region, became dependent before she even realized it. Percocet led to meth, which quickly gave way to heroin. Fifteen years later, Everest has more than 20 drug charges on her record and jail time hanging over her head.

Her story is a common one across America. But Tulalip Tribal Court prosecutor and University of Washington School of Law graduate Brian Kilgore, ’11, doesn’t believe that jail time and a criminal record are how these stories should end — and neither does the community he serves.

Enter the Tulalip Healing to Wellness Court. Presided over by Tulalip Tribal Court chief judge and UW School of Law graduate Ron Whitener, ’94, a citizen of the Squaxin Island Tribe, the Wellness Court provides nonviolent offenders whose crimes stem from drug abuse and mental health conditions with an alternative to incarceration: real help. 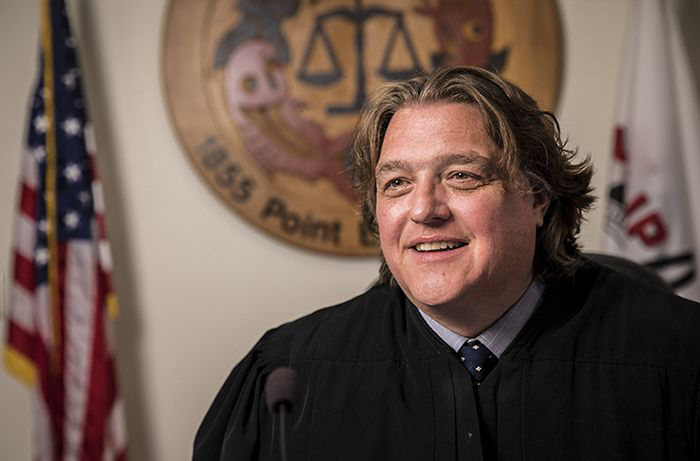 Ron Whitener, ’94, chief judge at the Tulalip Tribal Court, is a citizen of the Squaxin Island Tribe.

“The traditional criminal justice system says, ‘We’re going to punish you, and you’re going to behave differently,’” says Kilgore, who joined the Tulalip Office of the Reservation Attorney in 2015. But reality proves otherwise — studies show that up to 80 percent of drug abusers commit a new crime once they’re released from prison, and 95 percent start using again.

“The tribal drug court says the reason some people commit crimes isn’t because they’re bad people, but because they’re addicts,” Kilgore continues. “Punishment won’t change their behavior, but resources and options and tools will help them develop into people who aren’t going to use drugs or be back in the criminal justice system.”

As a law student in 2010, Kilgore honed his skills at the Tribal Court Public Defense Clinic, where he witnessed firsthand how crucial a tribal court was to the health and well-being of the Tulalip community. After deciding to take back jurisdiction on the reservation from the state of Washington in 2001, the Tulalip Tribes approached the UW School of Law’s Native American Law Center about establishing this partnership to address the tribes’ need for legal representation.

Since 2002, the philanthropy-supported Tribal Court Public Defense Clinic has offered students the chance to get hands-on experience in public defense under faculty supervision, while Tulalip Tribes citizens receive legal counsel. “It’s an incredible opportunity to contribute,” says Brenda Williams, who co-directs the clinic. “I try to instill students with an approach to their practice that centers justice for their clients while supporting tribal sovereignty.” 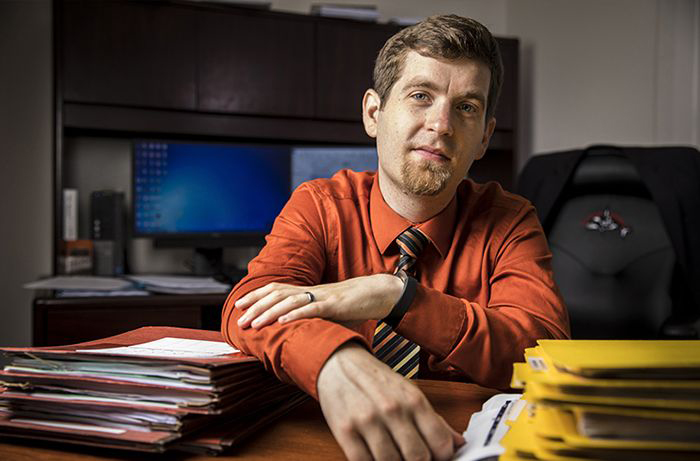 Brian Kilgore, ’11, serves as a prosecutor at the Tulalip Tribal Court. Listen to Kilgore discuss the court.

According to the latest information available from the Washington Department of Health, drug- and alcohol-related deaths in Washington state amount to 32.4 per 100,000 people annually. In Tulalip, that number skyrockets to 278.7 per 100,000 people — and as the Tulalip Tribes and Kilgore recognized, years of conventional punishment haven’t proved effective at breaking the cycle.

In search of a more supportive and productive path for nonviolent offenders imprisoned on drug charges, Kilgore worked with Tulalip community members and a team of professionals to kick-start a tribal drug court. In January 2017, the Healing to Wellness Court welcomed its first participants.

Helping people achieve emotional, psychological and social well-being through motivation and behavior change is a core goal of the UW’s Population Health Initiative, which aims to advance the health of communities worldwide.

Each week, stories of addiction come across Kilgore’s desk, slipped inside a packet with a cover sheet from the police department outlining each offender’s history.

If an offender meets the high-risk, high-need requirements for participating in the Wellness Court, they go up for review by the team: judge, prosecutor, defense attorney, coordinator, case manager, chemical dependency counselor, law enforcement officer and tribal community member, who supports cultural reintegration — an element that distinguishes the Tulalip Wellness Court from other state drug court programs. Everyone works together to support the participants during their journey.

Candidates accepted to the five-stage diversion program typically start with 28 days of intensive inpatient treatment, then focus on finding sober housing during the early stages. By the time they reach stage four, participants are working on community service projects and taking part in education and job training.

Participants must also appear in Wellness Court every week to check in with their team and speak face-to-face with Judge Whitener. They share how many days they’ve been sober — often to cheers of encouragement — and talk through their successes and struggles. If it was a good week, Judge Whitener may reward them with incentives such as fewer court appearances and later curfews. After a hard week, there will likely be sanctions. Either way, the team is there to help the participant succeed.

“The whole goal of the program is to not have people come back through the criminal justice system,” says Kilgore. If done right, the diversion program takes 18 months to two years to complete and ends with a case dismissal. If the participant doesn’t complete the program, they’re found guilty and wind up right back where they started. So there’s nothing to lose — and everything to gain.

Heating up stones, known as grandfathers and grandmothers by the Tulalip Tribes, for the Inipi (sweat lodge) ceremony.

The process is far from easy. Many participants don’t have a support system to help them through — in fact, their social network may be part of the reason they struggle with addiction.

To that end, participants have the option of living at the Tulalip Healing Lodge, a transitional home with a cultural and spiritual slant for people who are pursuing a sober lifestyle. Under the guidance of community member Robert “Whaa-Ka-Dup” Monger, participants reconnect with their native roots by singing and praying in sweat lodge ceremonies, making traditional drums or weaving baskets. While there are other healing courts in operation, this cultural component is distinctive to Tulalip’s. “Some of them have never had somebody like me in their life; somebody who walks and talks and lives and breathes the spiritual way of life,” says Monger, who’s nearly 20 years sober himself. “Some of them are hungry for it.”

Verle, a Wellness Court participant, makes a drum as his children look on.

With Monger’s help, participants work through “The Red Road to Wellbriety,” a book about healing written specifically for tribal culture by tribal citizens. “I’m very fortunate and blessed to be able to do this kind of work,” says Monger.

The future of the Wellness Court

The first group of participants will graduate in 2018, and Kilgore, Monger and the rest of the Healing to Wellness Court community have great expectations for them. “Numbers around the country show that this model is far more effective than conventional prosecution,” says Kilgore. “People who graduate commit new crimes at much lower rates. It’s better for them, it’s better for their families and it’s better for the court system.”

Participants like Everest face significant hurdles during treatment, but the Tulalip Healing to Wellness Court offers a special link to tribal culture that has inspired many of them to reconnect. As the program expands, he hopes to serve people whose cases aren’t qualified as high-risk or high-need, but whose challenges are just as important.

“Almost every case we file is a result of addiction,” says Kilgore, “and my hope and dream is that the Healing to Wellness Court will expand to cover every one of them.”

Monger agrees, and he also wants to widen the program even further — to reach young adults before they start using. “It’s better for us to reach these youngsters before they get into the system,” he says. “These are human beings. We need to continue doing things differently to try to help them overcome these addictions.”

As part of art therapy, a Wellness Court participant learns how to use a pottery wheel.

This story was produced in collaboration with the Tulalip Tribes. The University of Washington is grateful for their assistance and support.

A Road to Recovery was originally published on the University of Washington website.