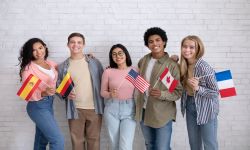 New data released this week by the Department of State’s Bureau of Educational and Cultural Affairs and the Institute of International Education show that the total number of international students in the United States in the 2021-22 academic year was 4% higher than in the previous academic year. The “Open Doors” also shows that the number of new international students enrolled at any college or university in the United States for the first time increased by 80% over the previous academic year, which experienced significant drops in enrollment due to the pandemic. 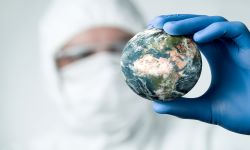 On Friday, December 2, from 4:30 – 5:30 p.m. ET, AAU President Barbara R. Snyder will moderate a panel discussion, featuring leaders of AAU member universities, on “The Role of Leading Research Universities in Advancing Climate Solutions” at the Right Here, Right Now Global Climate Summit at the University of Colorado Boulder. The three-day summit is focused on addressing the effects of climate change on human rights and is being co-hosted by United Nations Human Rights and CU Boulder. 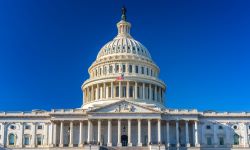 Senate Majority Leader Chuck Schumer told reporters last weekend that one of his top priorities for the lame-duck session is to avoid a government shutdown by passing a final FY23 spending package before the current stopgap bill expires on December 16. Lawmakers are set to begin negotiations on a FY23 omnibus funding package, but the talks are expected to intensify following the Georgia Senate runoff election on December 6.

Separately, lawmakers are also expected to begin closed-door negotiations on the FY23 National Defense Authorization Act. Other items on the agenda include passing legislation to protect beneficiaries of the Deferred Action for Childhood Arrivals program, to protect the right of same-sex couples to marry, and to extend expiring tax provisions. AAU will continue to monitor new developments and will push for funding boosts for our priorities in any FY23 spending deal. These priorities include more funding for Pell Grants and federal science agencies, especially those authorized by the CHIPS and Science Act.

The Ad Hoc Group for Medical Research, a coalition of health groups, scientific and medical societies, and academic and research organizations including AAU, sent a letter to the leaders of the House and Senate Appropriations Committees earlier this week asking them to finalize a FY23 spending package that “prioritizes robust investments in agencies and programs that improve the nation’s health and well-being, including funding for the National Institutes of Health.

The letter urged at least $47.5 billion for the NIH’s base budget and strong supplemental investments in the Advanced Research Projects Agency for Health. The letter also asked lawmakers to avoid any additional continuing resolutions past December. “We strongly urge you to work swiftly in securing bipartisan, bicameral agreement on topline discretionary spending allocations and to ensure any final budget agreement reflects a strong commitment to the nation’s health and the medical research and workforce that improve it,” the letter said.

Earlier this week, the Friends of Institute of Education Sciences, a coalition of more than 40 higher education organizations and universities including AAU, sent a letter asking congressional appropriators to include $844.1 million for the Institute of Education Sciences as part of a final FY23 appropriations agreement. IES provides scientific evidence to the Department of Education to help shape education policy. Its research and evaluations support student learning as well as student and teacher success nationwide.

The Friends of IES noted in their letter that $844.1 million in FY23 “would help restore a decade of lost purchasing power” that has limited the institute’s ability “to fully fund emerging research areas, scale up promising interventions, and leverage research findings for evidence-based practice.”

The coalition sent another letter to Office of Management and Budget Director Shalanda Young outlining two recommendations to support IES in FY24. The letter recommended the “highest possible increase over the FY 2023 funding level for the top line of IES” and sufficient funding to “address staffing needs to support IES research, statistics, assessment, evaluation, and dissemination activities.”

AAU joined the American Council on Education and 11 other higher education associations in sending a letter to Sen. Dick Durbin (D-IL) and Sen. Roger Wicker (R-MS) thanking them for reintroducing the Senator Paul Simon Study Abroad Program Act. As the letter noted, the bill strengthens study-abroad programs that would provide students with “meaningful international experiences” and a global education. The bill would especially help students who are unable to participate in study-abroad programs due to cost or because they’re unaware of affordable opportunities to study internationally.

Due to the Thanksgiving holiday, the Leading Research Universities Report will take a break from publication next week. The next edition will be released on Friday, December 2

CNN: Yale and Harvard Law Schools Part Ways with U.S. News & World Report Rankings – Both Harvard University and Yale University law schools announced Wednesday that they will no longer participate in the annual rankings of best law schools issued by U.S. News & World Report. Deans at both law schools criticized the magazine’s methodology and argued that the rankings dissuade schools from supporting low-income students and those who wish to pursue careers in public service.

NBC News: Democrats Eye DACA Fix in Lame-Duck Session – Democratic leaders signaled this week that one of their top legislative priorities for the congressional lame-duck session is to pursue a bill to protect “Dreamers” who’vebenefitted from the Deferred Action for Childhood Arrivals program. The program protects from deportation nearly 600,000 college students and other young people who were brought to the United States as children.

Inside Higher Ed: Students Bolstered Strong Youth Voter Turnout – Exit poll data show that 27% of young people between the ages of 18 and 29 voted in this month’s midterm elections. College students, who face unique barriers to voting,composeda significant portion of these voters and appear to have had a demonstrable effect on the elections’ outcome.

The Washington Post: Most Threats Against HBCUs This Year Linked to One Minor, FBI Says – The FBI announced last week that one minor was responsible for a string of bomb threats made against dozens of historically Black colleges and universities earlier this year. The suspect is now under government monitoring. 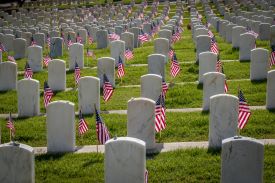 Researchers at the University of Utah are developing new methods to pin down the geographic origins of human remains by analyzing teeth. According to the researchers, stable isotopes in teeth can provide a record of where an individual has lived or traveled. The research is being used tobring home unidentified military remains and provide closure to grieving families. 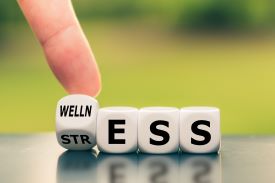 What If Some Stress Actually Protects Your Body?

A new study conducted on mice by researchers at the Case Western Reserve University School of Medicine suggests that some stress might have beneficial effects on the immune system. The researchers found that chronic daily stress stimulated the immune system in mice and protected them against intestinal inflammation. 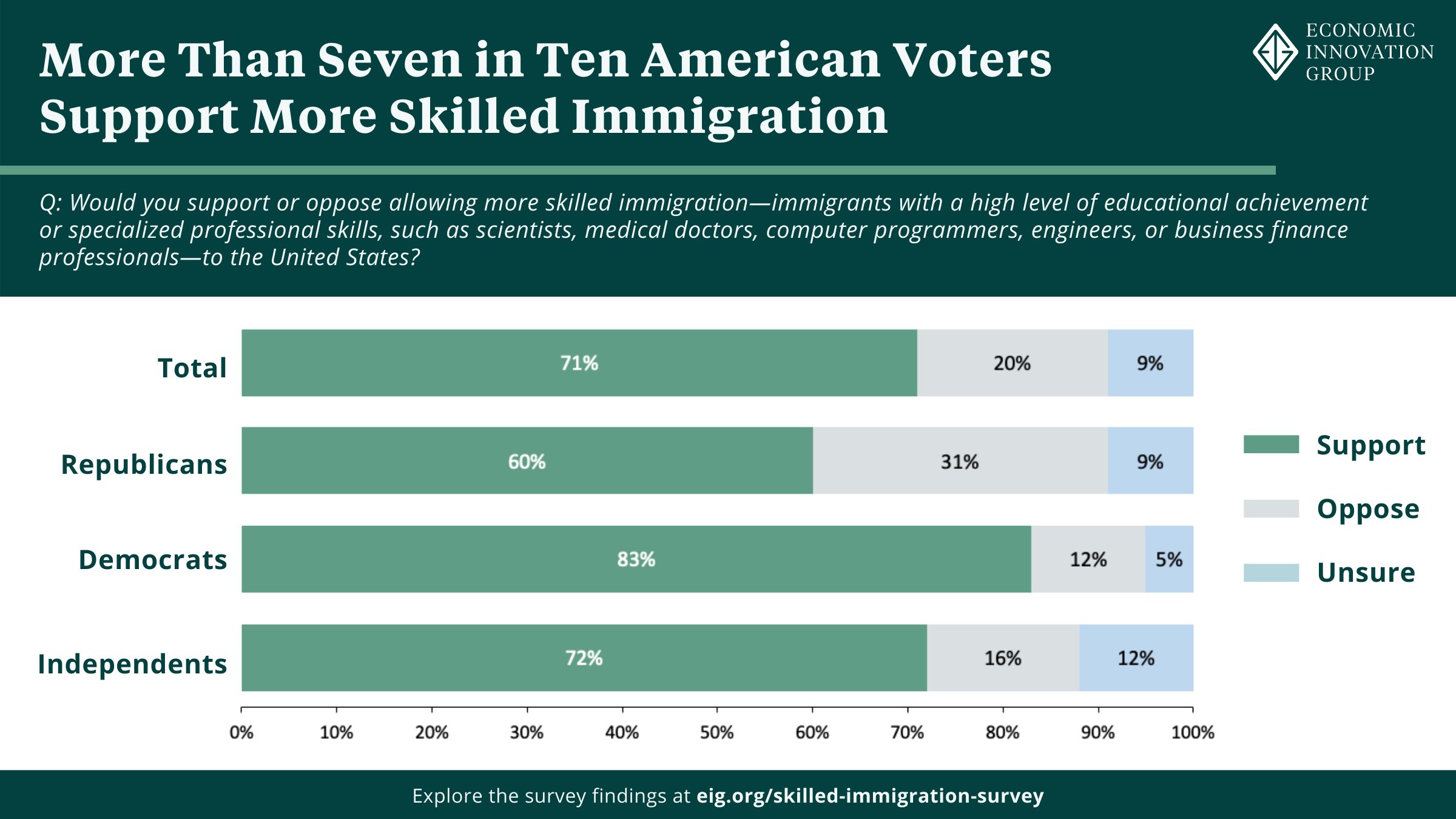 A new national survey of American voters by the Economic Innovation Group shows that 71% of American voters support allowing more immigrants with high levels of educational attainment or specialized professional skills to live and work in the United States. The survey showed robust support for skilled immigration across party lines, with 60% of Republicans, 83% of Democrats, and 72% of independents expressing support.