Yesterday, in a bipartisan 243-187 vote, the House passed the CHIPS and Science Act of 2022 (H.R. 4346). The bill includes five years of funding authorizations for the National Science Foundation and the Department of Energy Office of Science as well as more than $52 billion in grants, subsidies, and tax incentives to strengthen domestic semiconductor production. The bill also advances diversity in STEM education and reauthorizes key NASA space programs. The bill’s text and a summary are available on the Senate Commerce, Science, and Transportation Committee website. House Science Committee fact sheets outlining the science and research provisions in the bill are also available.

AAU President Barbara R. Snyder issued a statement yesterday commending the House for joining the Senate in voting to pass the bill. “The bipartisan CHIPS and Science Act will help us remain the world’s leaders in scientific research, innovation, and economic growth despite ever-increasing global competition,” she said. President Snyder urged President Biden to sign the bill into law quickly and also urged Congress to approve appropriations in FY23 to match the authorizations contained in the bill. 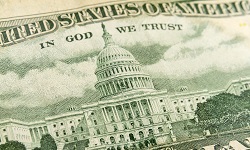 Senate Republicans immediately criticized the bills, which were drafted without bipartisan agreement. Without Republican support, the bills, as written, have virtually no chance of being passed and no markups are currently planned. Senate Appropriations Vice Chair Richard Shelby (R-AL) said in a statement that a long-term continuing resolution to keep the government funded past the end of the current fiscal year on September 30, 2022, is becoming increasingly likely. “Today’s effort shows we have a long way to go. Democrats need to get serious or, regrettably, I believe we will end up with a long-term CR.” he said. Senate Appropriations Chair Patrick J. Leahy (D-VT) remains hopeful about passing the bills before the end of the 117th Congress. 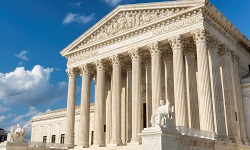 The Supreme Court announced last week that it will hear the two cases involving the use of affirmative action in admissions practices at Harvard University and the University of North Carolina at Chapel Hill separately. The separation will allow Judge Ketanji Brown Jackson to participate in the case involving UNC; Judge Jackson has said previously that she will not participate in the Harvard case due to her prior membership on the Harvard Board of Overseers.

The two universities also filed response briefs in their respective cases this week. In its brief, Harvard defended its consideration of race as one of many factors in a holistic review of an applicant during the admissions process. “Harvard individually evaluates every applicant, assessing not only academic potential and other skills, but all the ways applicants might contribute to one another’s educational experience given their backgrounds, talents, interests, and perspectives,” the brief noted. In a statement released after the brief was filed, Harvard University President Larry Bacow said that the brief powerfully makes the case “that enrolling a diverse student body is central to fulfilling our educational mission, that diversity enhances education for all, and that Harvard does not discriminate against any group in its admissions practices, a conclusion affirmed by two separate lower court decisions.”

UNC’s brief also underscored the centrality of student diversity in fulfilling the university’s educational mission. “On campus, diversity promotes the robust exchange of ideas, fosters innovation, and nurtures empathy and mutual respect,” the brief noted. The brief also emphasized that race was only one among “dozens of factors” that UNC considers as part of its “holistic admissions policy.” UNC Chancellor Kevin M. Guskiewicz said in a statement that UNC’s “approach to admissions serves the university’s mission and reflects our core values.” He added: “Every student earns their place at Carolina.”

The Supreme Court is scheduled to hear both cases this fall.

The Senate Commerce Committee voted 15-13 earlier this week to advance the nomination of Arati Prabhakar to be the director of the White House Office of Science and Technology Policy. Prabhakar has previously led the National Institute of Standards and Technology and the Defense Advanced Research Projects Agency. If confirmed by the full Senate, she would be the first woman of color to serve in this role. AAU supports Prabhakar’s nomination and urges the Senate to move quickly to confirm her.

In accordance with AAU’s summer hours, the Leading Research Universities Report will be taking a break during the month of August. Publication will resume after Labor Day.

Inside Higher Ed: Bills to Address Mental Health, Addiction on Campus Pass House – The House recently passed two bipartisan bills – the Enhancing Mental Health and Suicide Prevention Through Campus Planning Act and the Campus Prevention and Recovery Services for Students Act of 2022 – to address mental health and substance abuse issues on college campuses. The bills have been introduced in the Senate, where they are also expected to receive bipartisan support. Earlier this year, AAU joined 89 other associations and organizations in urging Congress “to support and prioritize the mental and behavioral health needs” of students in higher education.

The Washington Post: College-Shopping Students Have a New Query: Is Abortion Legal There? – A quarter of first-year undergraduates study out of their home states. As the U.S. map splits into states where abortion is legal and where it is not, students are factoring in state abortion laws when deciding where to go for college.

Stamford Advocate: Yale Vaccine Against Omicron Shows Flexibility of mRNA Technology – Yale University researchers have developed an mRNA vaccine that specifically targets the Omicron subvariants of the coronavirus that causes COVID-19. The accomplishment demonstrates the speed at which mRNA technology can be used to develop vaccines against new variants. 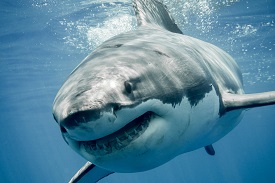 More Shark Sightings a Result of Cleaner Waters and Conservation

Stony Brook University researchers say that increased shark sightings along the shores of Long Island are a sign of a “healthy ecosystem.” Good resource management strategies, the experts say, have led to not only an increase in shark populations, but also in their prey. 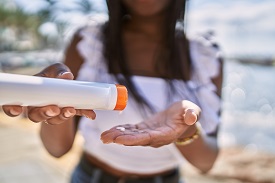 The Quest for
a Better Sunscreen

The active ingredient in sunscreen, avobenzone, breaks down in a few hours when exposed to sunlight. Now researchers at New York University have developed a form of avobenzone that lasts longer and is less absorbent. The researchers are working to commercialize their discovery.