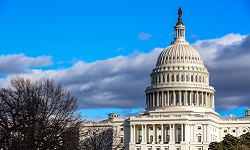 In a “Dear Colleague” letter sent earlier this week, Senate Majority Leader Chuck Schumer (D-NY) emphasized that his goal is for the Senate to pass the Build Back Better Act before Christmas. Yesterday, Schumer announced on the Senate floor that informal Democratic meetings with the chamber’s parliamentarian to discuss pieces of the legislation have concluded and that formal “Byrd bath” (a reference to the Senate’s “Byrd rule”) meetings – during which both Democrats and Republicans will present arguments to the parliamentarian on why certain provisions should or should not be included in the legislation – are expected to commence next week. (The Byrd rule prohibits the Senate from considering non-budgetary provisions in legislation passed under reconciliation, which Democrats are using to skirt an expected Republican filibuster.)

In other news, yesterday, in a bipartisan 59-35 vote, the Senate passed a bill (S. 610) that grants the Senate a one-time exemption to increase the federal debt limit by a simple majority vote. President Biden signed the bill earlier today. Democrats are expected to pass the bill raising the debt limit next week but have yet to release its text.

On Tuesday, the House passed a compromise version of the FY22 National Defense Authorization Act (S. 1605) on a bipartisan 363-70 vote. The bill will now go to the Senate, where it is expected to pass without any amendments next week. A summary of the bill, provided by the House Armed Services Committee, can be found here. The compromise bill incorporates elements from H.R. 4350, passed by the House in September, and S. 2792, approved by the Senate Armed Services Committee in July. The bill authorizes $768 billion in funding, including $740 billion for the Department of Defense and $27.8 billion for the Department of Energy. The total authorization level is $25 billion more than the White House’s request.

Late last week, AAU and APLU sent a letter to the chairs and ranking members of the House and Senate Armed Services Committees outlining policy priorities and concerns regarding provisions in the previous two versions of the NDAA. The compromise bill does not contain Section 818, which would have required DOD contractors to make publicly available all diversity, equity, and inclusion training materials, internal policies, and other educational or professional materials “for review and identification of Critical Race Theory.” Earlier this week, AAU joined the American Council on Education and three other higher education associations in sending a letter to several members of Congress opposing the measure.

Also not included in the final bill are measures related to increased cyber incident reporting requirements; prohibitions on the participation of federally funded researchers in malign foreign talent recruitment programs; and the creation of a new pilot program to vet researchers working on non-classified research. These provisions may, however, still be considered during conference negotiations on other legislation including the U.S. Innovation and Competition Act, NSF for the Future Act, DOE Science for the Future Act, and the FY22 Intelligence Authorization Act. 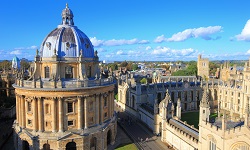 Of the 32 Americans chosen as 2022 Rhodes Scholars last month, 18 are studying at 13 AAU schools. Rhodes Scholarships provide American college graduates with two to three years of funding to study at the United Kingdom’s University of Oxford and were established in 1902. More than 2,300 students applied for a Rhodes Scholarship this year. 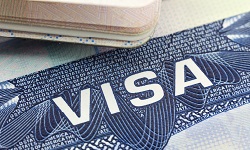 TechNet, a national, bipartisan network of technology leaders, has released a report finding that high-skilled immigration can address talent shortages across the country and strengthen the American economy through job creation and increased innovation.

Closing the Skills Gap: The Data Behind Talent Shortages, High-Skilled Immigration, and Economic Impact examines the severity of the current skills gap in the United States – quantified in the report as unfilled or vacant jobs that employers have expressed difficulty in filling due to lack of workers with the necessary skills. According to the report, the tech industry has had an average of 3 million vacancies since 2016 and the current talent shortage could result in more than 9 million job vacancies and $1.2 trillion in lost economic output over the next decade.

The report argues that while investment in education is critical for addressing the talent shortage, the current gap could be closed more immediately by increasing high-skilled immigration without harming American workers. The report analyzes the effects of skilled immigration in all 50 states and finds that everywhere it expanded the tax base, increased productivity and innovation, created more jobs and opportunities for Americans, and strengthened the economy.

The report finds, however, that existing U.S. immigration policy is insufficient to attract the number of high-skilled immigrants needed to address the growing skills gap. The H-1B program in particular, the report notes, has remained unchanged over the past 14 years despite significant growth and changes to the U.S. economy. The report urges the federal government to take legislative action and suggests reforms that could be implemented to welcome skilled workers.

A one-page summary of the report can be found here.

Yesterday, Health and Human Services Secretary Xavier Becerra announced that Dr. Lawrence A. Tabak will serve as the acting director of the National Institutes of Health effective December 20. Tabak is currently the NIH’s principal deputy director and deputy ethics counselor. His appointment follows a decision by current NIH Director Francis S. Collins to retire after 12 years of service.

Tabak previously served as the director of the National Institute of Dental and Craniofacial Research and senior associate dean for research and professor of dentistry and biochemistry and biophysics in the School of Medicine and Dentistry at the University of Rochester. His major research focus is on the structure, biosynthesis, and function of glycoproteins. Tabak received his undergraduate degree from City College of New York, a doctor of dental surgery degree from Columbia University, and a doctorate from the University at Buffalo. 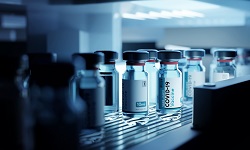 On Tuesday, a federal judge in Georgia issued a nationwide preliminary injunction blocking the enforcement of President Biden’s Executive Order 14042, which requires federal contractors to ensure that their employees are vaccinated against COVID-19. The judge wrote that the mandate “goes far beyond addressing administrative and management issues … and instead, in application, works as a regulation of public health, which is not clearly authorized under the Procurement Act.” For more information on the mandate, please visit this resources page maintained by the Council on Governmental Relations.

Forbes: What’s Behind the Soaring Applications to Medical School? – The Association of American Medical Colleges reported a 17.8% increase in the number of applications to medical school for the 2021-22 school year. AAMC also reported that the first-year class of 2021 is the largest and most diverse ever. The COVID-19 pandemic, reduced application costs, a streamlined application process, and a greater awareness of societal issues such as health disparities may have all contributed to the growth.

Inside Higher Ed: Annual Higher Ed Funding Delayed – Congress reached an agreement last week to temporarily fund the federal government through February 18. The delay in wrapping up FY22 appropriations means that government agencies, including the Department of Education and research agencies such as the National Science Foundation and the National Institutes of Health, will continue operating under funding levels set under the Trump administration for another two months.

ABC News: Zuckerberg, Chan to Invest up to $3.4B for Science Advances – The Chan Zuckerberg Initiative announced earlier this week that it is investing up to $3.4 billion to advance human health. As part of the effort, CZI is donating $500 million over the next 15 years to Harvard University to establish an institute focused on artificial intelligence.

NPR: The NIH Director on Why Americans Aren’t Getting Healthier, Despite Medical Advances – Francis S. Collins, outgoing director of the National Institutes of Health, spoke to NPR about NIH research, vaccine hesitancy, health disparities, science and politics, and more.

Ames Tribune: Iowa State-Led Coalition Wins $2 Million NSA Grant to Train More Cybersecurity Professionals – A coalition led by Iowa State University and the University of Illinois at Urbana-Champaign has received a $2 million grant from the National Security Agency to develop cybersecurity talent in the Midwest. 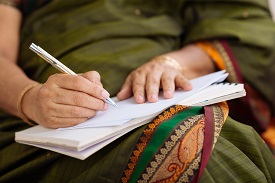 A self-administered test developed by researchers at Ohio State University can identify signs of dementia six months earlier than the standard cognitive test conducted in doctors’ offices. The test takes 10-15 minutes to complete. 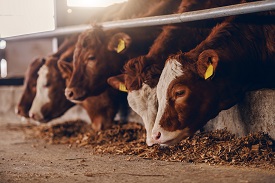 Researchers at Purdue University have developed an on-site test for bovine respiratory test that provides results within an hour. Quick diagnosis can lead to proper treatment and reduced antibiotic use for a disease that costs the beef industry $900 million annually.